Run the Jewels’ “Mean Demeanor” Is an Unusually Complacent Reprise 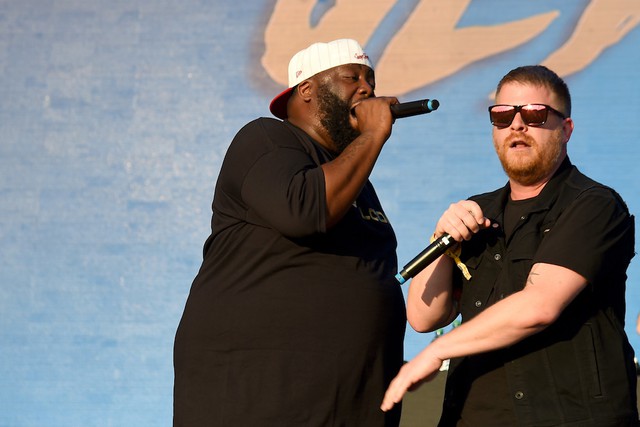 As convincing as their anti-heroic personas are, you do have to wonder if, in the near future, Run the Jewels will end as an artistic unit. The project from El-P and Killer Mike has been uniformly thrilling, but there may be only so much they can extract from their formula of lean pugilism mixed with politics just correct enough to sell their sincerities and sarcasm.

New track “Mean Demeanor,” a contribution to FIFA 18, at least allows the duo to temporarily step away from the political subtexts of their albums. The change-up doesn’t feel as refreshing as it ought to, though. When Run the Jewels started making their politics explicit on RTJ2, the focus was both their anchor and motivator. Here, the punches are still powerful, but it feels like they’re swinging at air, with the rappers reducing themselves to reciting RTJ tropes. Killer Mike’s “The gods have promised, victory will one day know my face / Won’t be denied the pride, won’t be denied my prize,” feels more banal than inspiring, a surprise coming from him.

El-P’s smirking self-aggrandizement also feels less characteristic than it does out of place. “How the fuck El-Product get bigger, better, meaner?” he spits near his verse’s end. However, the track is a mid-level plateau that’s too brisk to make you believe that claim is self-evident. But it is a video game soundtrack inclusion; the boys have done enough to deserve a mulligan here.

Killer Mike on How White People Can Help: ‘It Is Being a Part of Fixing It Always’