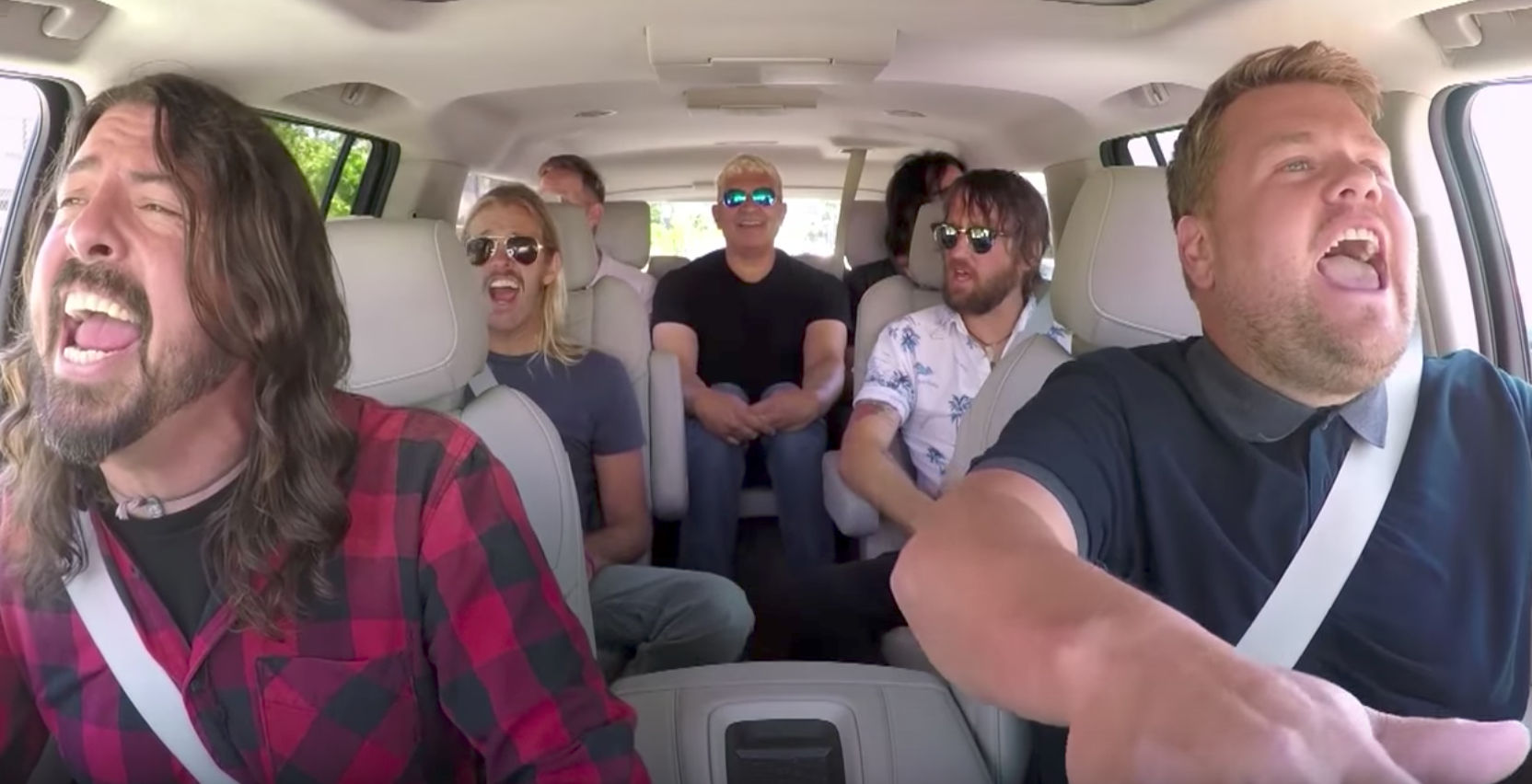 All of six of the current Foo Fighters piled into James Corden’s van on The Late Late Show’s Carpool Karaoke last night. They ran through hits spanning the Foo career, from new tracks like the bluesy “The Sky is the Neighborhood” to old standards like “Learn to Fly” and “Best of You.” Grohl did most of the talking, discussing the beginnings of the band and the time he dislocated his ankle during “the best show they’ve ever had.” At the end, as is only fitting, they end up traveling to a Guitar Center together and jamming with Corden, who sings and plays guitar. Watch the segment below.