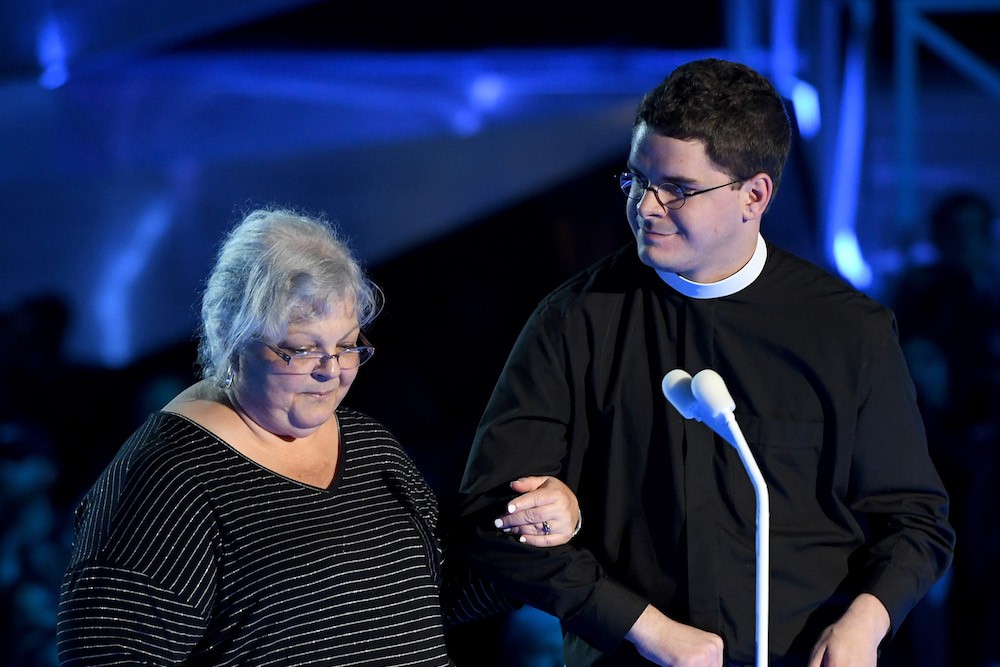 To award its Best Fight Against the System Moon Person, the Video Music Awards brought together Rev. Robert Lee, IV—a descendant of the Confederate general—and Susan Bro, mother of Heather Heyer. Lee, whose family previously spoke out against the Charlottesville protests in the Washington Post, took his short time to condemn white supremacy and show his support for those who protest it. “We can find inspiration in the Black Lives Matter movement, the women marching in the Women’s March, and Heather Heyer,” he said in his speech.

Lee IV then introduced Bro, who gave a general thanks for support and announced that she was launching the Heather Heyer Foundation, a non-profit that will “provide scholarships to help more people join Heather’s fight against hatred.” Bro also awarded the Moon Person to all six of the category’s nominees: Logic’s “Black SpiderMan,” The Hamilton Mixtape’s “Immigrants (We Get the Job Done),” Big Sean’s “Light,” Alessia Cara’s “Scars To Your Beautiful,” Taboo’s “Stand Up / Stand N Rock #NoDAPL,” and John Legend’s “Surefire.”

Watch the moment below.

“I call on all of us with privilege and power to confront racism and white supremacy head-on” – Robert Lee IV #VMAs pic.twitter.com/ko4SM9VnaU