Can you feel it coming? Quickening on the horizon, a rustle of Uggs and shutter shades, skinny jeans and chunky highlights; a murmur of Friendster notifications in Netscape browsers and mainstremo bands on white iPods. Its name is aughties nostalgia, and it is almost upon us. The realization elicits a shock quickly followed by a no doy, considering the moribund state of nineties nostalgia. Look around you: The Toadies are trapped on a purgatorial tour that presumably consists of “Possum Kingdom” eleven times per night; the half-hearted comeback of chain wallets is wringing out the fashion dregs. Only a few unavailable seasons of Blossom still stand between us and total nineties depletion.

The aughts weren’t all well-dressed men singing songs for oblivion, hate-watching their own fame, and getting one another strung out on drugs, as portrayed in Meet Me in the Bathroom, Lizzy Goodman’s recent oral history of post-9/11 New York rock. If some were hungry, others were haunted, and countered the wave of spartan decadence with arcane varietals of messianic monk-prog—bands like TV on the Radio and, of course, Grizzly Bear. While Casablancas and them rocked rumpled suits and struck poses of prep-school dissipation, Grizzly Bear were otherworldly ciphers whose ranks included a bona fide merman yowling in dolphin language and blowing a conch shell. Cultivating the tempo and grandeur of séances, they led a sensitive, severe shadow trend to all the disaffected hedonism, not unlike the post-acoustic bonfire music the art-hippies in Animal Collective were busy turning into a genre.

If Grizzly Bear’s influence was minted in the aughts, their commercial peak was 2012’s lavish, laborious Shields, a validation that also felt like a logical conclusion. They scattered and did grown-ass things for a while—kids, divorces, leaving New York—before returning today with Painted Ruins, their first record in five years. Pieced together from afar, and consequently cautious, it seems unlikely to shift the band’s attenuated trajectory. But it comes at an opportune moment in the nostalgia cycle, being so stoic and redolent of something we’re about to start missing.

It all started in the bedroom of Ed Droste, whose 2004 debut, Horn of Plenty, suggested a universe in which Leonard Cohen joined the Velvet Underground. Droste’s sparse, droning, hollowed dirges conveyed a shaken austerity that lots of people identified with. Though the Strokes and Grizzly Bear sounded little alike, they and other New York bands were united in struggling to make and hold onto meanings, rather than bursting with an overabundance of them, in the manner of more ecstatic, perhaps more typical, rock musicians. 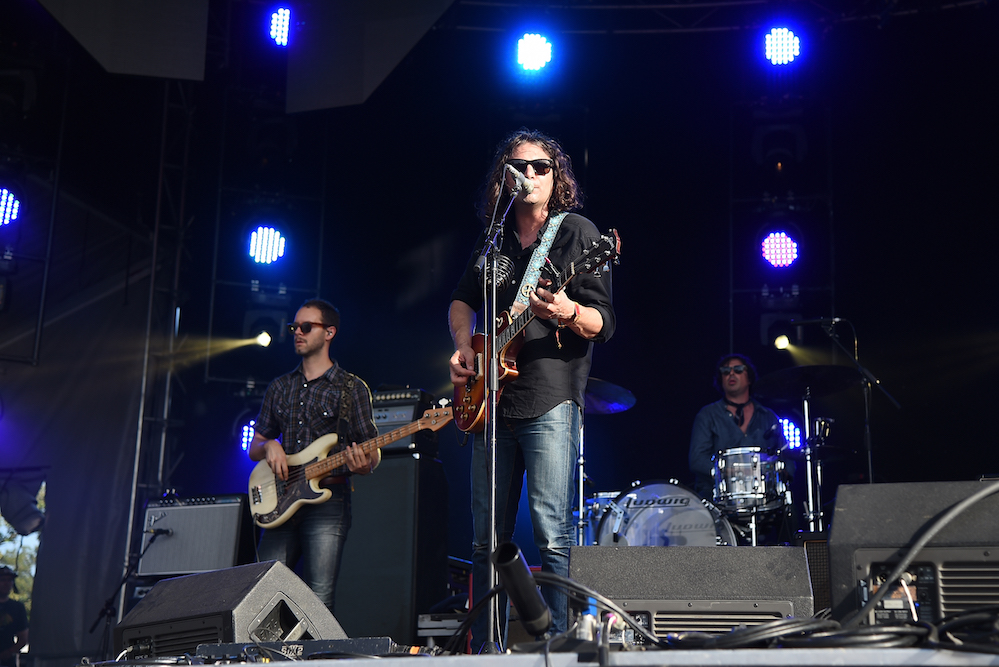 It took the addition of Daniel Rossen, a second singer, songwriter, and guitarist—insofar as you can define those roles in the all-singing, all-playing approach that Grizzly Bear helped imprint on the era—to round out the scheme on 2006’s Yellow House. Rossen, who has his own following with Department of Eagles, paneled in Droste’s moody grays with songwriterly woodgrain. Yellow House was their most lovable album, and 2009’s Veckatimest was probably their best, expertly balancing sere saturnalia with pert pop like “Two Weeks.”

But Shields, though critically acclaimed, “was just not, generally speaking, a fun album to make,” as Droste said recently. Its foggy-mountain jams are diligent but not joyful; even the beloved “Sleeping Ute” unwelcomely reminds me of a time when we had to listen to bass solos and Yeasayer, often simultaneously. Painted Ruins is an easier go. It has all the vibes and parts you’d expect—the jagged somnolence, the lathed bass lines, the martial drumrolls and oceanic swells, the bright, crispy chords stabbing through the mannered churn like sun spikes though a hangover. Slinky grooves, like Steely Dan gone mod, exfoliate; “Mourning Sound” has a particularly perky thump and sway.

The choice of the wandering “Three Rings” as lead single indicates how utterly, even for Grizzly Bear, this record is about the rolling landscape, not the particular sights. It’s a landscape haunted more by the past than by the present, and the title has an unmissable implication of putting a fresh coat on something inhabited mainly by memory. This is bigger than dated trends. Grizzly Bear were forged in a time when prestige music was learning to be made for the Internet in a certain way, pored over by the type of people who used to sit with headphones and liner notes, which created a market for prestige music that demanded more and more complexity, more ambiguity, more fiddly bits to hold our fragmenting attention.

In the 2010s, the aughties fad for the hermetic that Painted Ruins revives has passed. More music is made for a populist, personalized vision of the Internet than for an elite one. Bold statements of identity, swirls of social color, and off-the-cuff inspiration are the temper of our times. Of course Grizzly Bear can’t shake the aughties by tunneling into vintage psych-pop citations. They’re a band that was always prized for looking in, not out; it’s drowsy, not woke, elaborate without urgency.

“Four Cypruses” glimmers into being with magisterial serenity, beautifully rises and falls for a while, and fades out. “It’s chaos, but it works,” Rossen shrugs. “Aquarian” touches the lighter side of Captain Beefheart, laying out trippy thickets for people who haven’t tripped in years. Rossen sings about “upcountry drifters in permanent repose” on the spidery “Glass Hillside,” which perfectly captures the record’s overall sense of drifting disengagement, of shifting through internal gears and sorting out old lives. The forms are large, the meanings small, an inversion of contemporary music’s vitality. Painted Ruins is monumental at a time when monuments fall.

Droste sings with such gravitas and remove that it’s easy to overlook how deliberately blank the lyrics are, and always have been. The profound trip-hop groove of opener “Wasted Acres” can’t elide that all it’s about is riding a Honda TRX 250 ATV in a field. Throughout the record, words are just pathways through which the melody travels from one sweep to the next, but nothing really comes into focus except an almost free-floating regret and confusion. You can no longer feel the knife, but you can remember feeling it, in another decade, one just beginning to seem both self-defined and irretrievably lost. 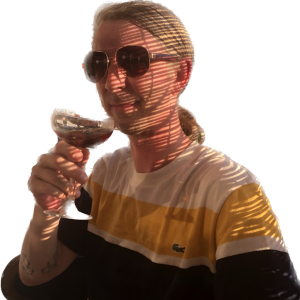