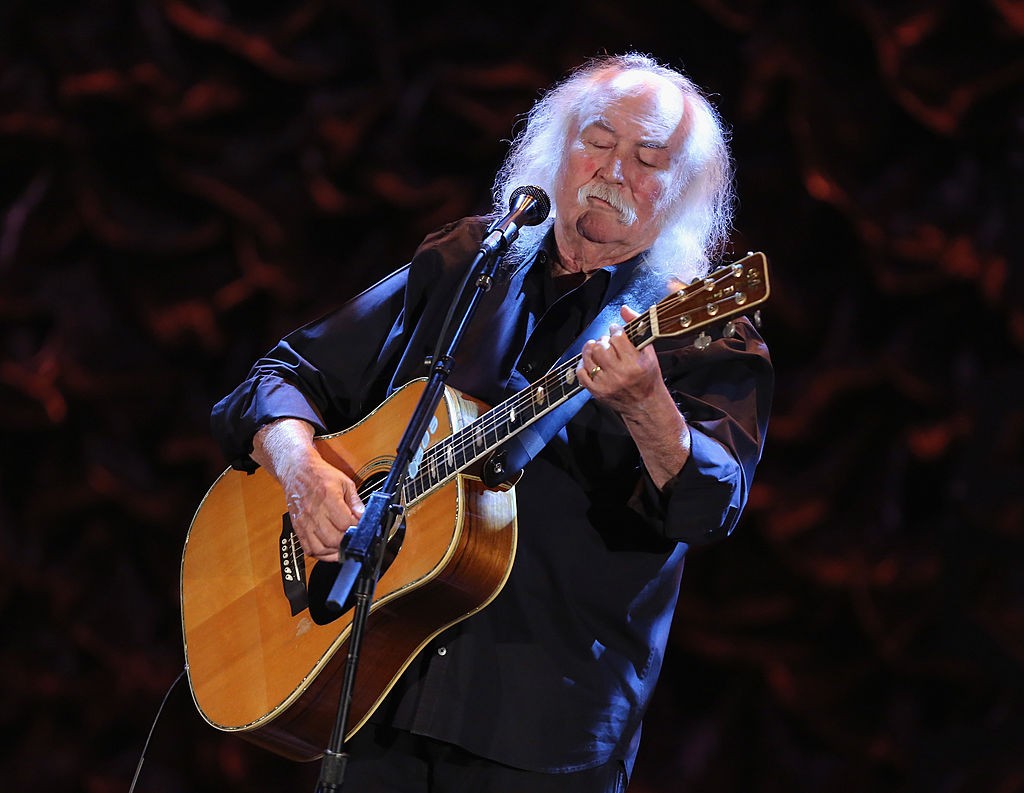 We practically have a column devoted to David Crosby’s incredible, inexhaustible, and curmudgeonly Twitter presence, but we rarely take an opportunity to highlight the man’s music, even though he’s making it at a regular, even-prolific pace. The Byrds and Crosby, Stills, and Nash alum’s solo oeuvre is a mixed bag, especially dependent on how much you categorically get into music definitely recorded at orgies. But his new song “Sell Me a Diamond,” is a deathly-smooth, meditative miniature, and fully worth your time if you’re a devotee of ’70s Joni and Steely Dan. (We know from both rock’n’roll history and Crosby’s tweet-storms that he is, too.)

Dipping into a throatier, conversational Donald Fagen cadence instead of sticking to his soaring CSN tenor, Croz sings about trying to negotiate the perfect, “conflict-free” diamond sale, and then gifting it to worthy, pure “souls.” Later, there’s a bit about the merits of turning off the grim news and “listen[ing] to children laughing” instead. As NPR notes, Crosby co-wrote the enigmatic song with his son, and the two are definitely working with some oblique metaphors. But over the shimmering ride-cymbal backbeat and steel guitar, it doesn’t really matter what it all means. It just sounds good as hell.

“Sell Me a Diamond” comes from Crosby’s new album Sky Trails, which is out September 29 on BMG. Listen to the song below.