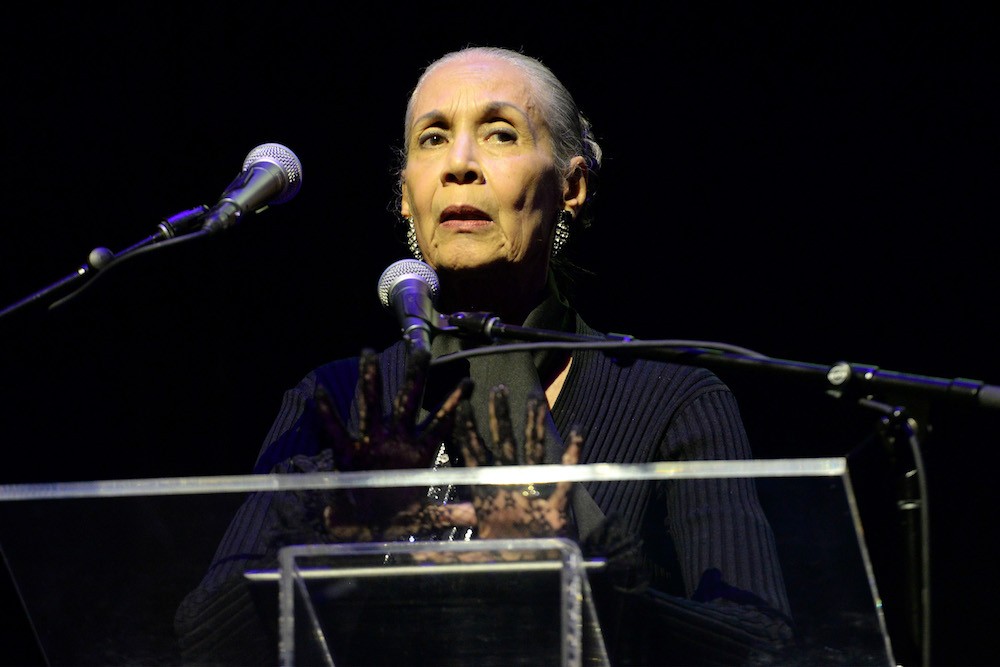 Carmen de Lavallade is the second Kennedy Center Honors recipient to decline the White House reception. The famed dancer had moral reasons for doing so.

“In light of the socially divisive and morally caustic narrative that our current leadership is choosing to engage in, and in keeping with the principles that I and so many others have fought for, I will be declining the invitation to attend the reception at the White House,” she said to the Washington Post.

Legendary television producer Norman Lear was the first from this year’s recipients to announce that he wouldn’t be attending the ceremony, telling NPR that the “White House that has no interest in supporting the Arts and Humanities.” Earlier this year, Donald Trump proposed completely eliminating the National Endowments for the Arts and Humanities, a gesture that makes White House-backed arts honors feel flippant. Lionel Richie, another recipient, told Today that he was considering not attending the ceremony as well. “I’m not really happy as to what’s going on right now with the controversies,” he said.

Gloria Estefan, on the other hand, said she will attend the ceremony in hopes of grabbing Trump’s ear on immigrant issues. LL Cool J—who holds the distinction of being hip-hop’s first honoree—gave a statement on Aug. 3, following the initial announcement of this year’s ceremony, saying that he would be attending, though he hasn’t commented since other honorees began pulling out.

“I don’t have any stunts planned. I’m not saying I need to be there backslapping and all of that, but this time, this one ain’t about him,” he said at the time, referring to Trump. “I’m not going to block my blessings or let the political divide stop me from embracing my art. I’m banking on the goodness and the optimism of people to say: ‘You know what? I get it. Let this guy have this honor.'”