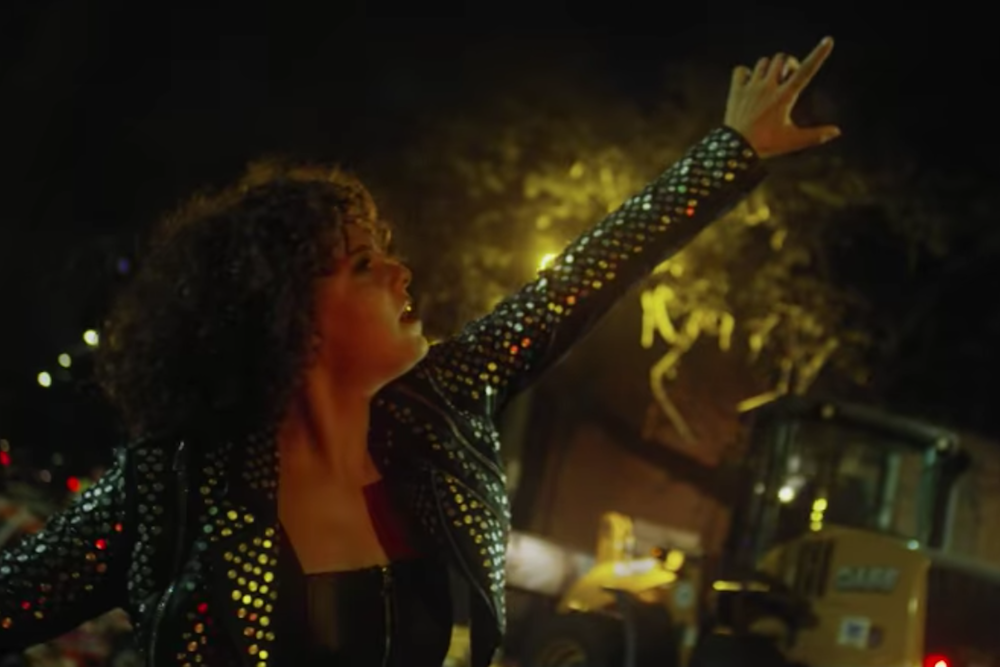 “Electric Blue,” the latest dispatch from Arcade Fire’s forthcoming album Everything Now, features Régine Chassagne singing in swaggering falsetto over taut, funky drums and big sticky globs of synthesized bass. It’s catchy and lighthearted in an appealing way, and it might make you think of Spoon’s recent forays toward dance music, or the David Bowie art-pop classic from which it sorta cribs its title. Most of all, though, it will probably make you think of a gem from Arcade Fire’s own recent history: “Sprawl II (Mountains Beyond Mountains),” Chassagne’s Blondie-homage disco anthem from The Suburbs.

This is a good thing, as “Sprawl II” is one of the strongest singles in Arcade Fire’s catalog. At the time of its release, the song’s synths and steady rhythmic chug made it something of an anomaly for Arcade Fire, but after the sprightly-but-inconsistent Reflektor and the strong run of dancey songs we’ve heard so far from Everything Now, it’s beginning to sound like the blueprint for the band’s current era. “Electric Blue” eases off from the insistent pulse of “Sprawl II,” opting instead for a groove that’s slightly more laid back and in the pocket. And though the melodies of “Electric Blue” don’t quite match the soaring transcendence of that earlier song, the song finds Chassagne equally sure of herself as frontwoman, sounding more like a bona fide pop singer than an indie rocker cosplaying as one.

Crucially, “Electric Blue” strikes a tone of yearning that places it in line with the bands work on albums like The Suburbs and Funeral. “There’s a thousand girls that look like me, staring out at the open sea,” Chassagne sings in the first verse. “Repeat the words until they’re true, cover my eyes electric blue.” So far, the roll-out to Everything Now has been brainy and meta-referential bordering on pretentious, with a fictional corporation, fake Russian spambot Twitter accounts, hypercurrent concert merch, a parody pop-video, and more. After all that, “Electric Blue” is refreshingly free of knowing winks and nudges. Arcade Fire may have a different set of concerns now than they did ten years ago, but despite what Win Butler may tell you, they still haven’t moved past the feeling.