This Is the Worst Arcade Fire Song Ever 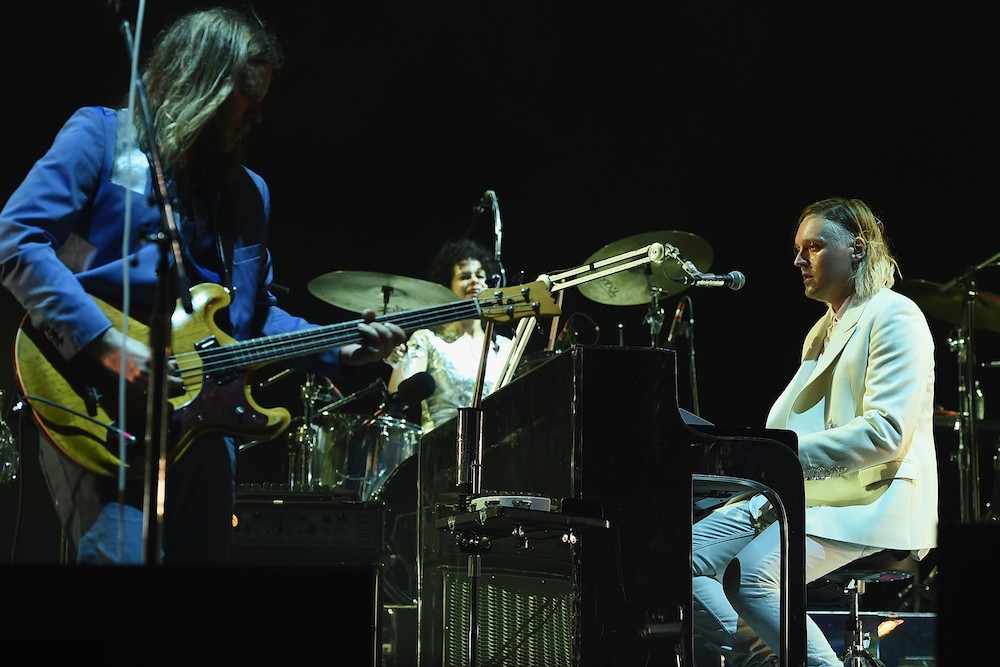 Arcade Fire might know better, but they don’t always do better. Caribbean-affiliated by blood, the professional emoters have had success with interpolating the island’s traditional sounds, such as the konpa-flavored guitar riff that lent the sprawling “Reflektor” its humanity. Still, Arcade Fire’s appeal has never been in their musical influences as much as in their magisterial control of human emotion. If you gut that latter element, you’re left with a mess—as evidenced by their new record Everything Now.

The group’s first outright debacle predominantly concerns itself with musings about our hyper-saturated content age. “Infinite content / We’re infinitely content,” Win Butler, being wink-wink punk-as-fuck, yells. I can’t imagine anyone waiting for Win Butler and the gang to tell it like it is, unless you’re self-righteous and violently eager for a circle jerk. Arcade Fire listeners don’t come for supposedly incisive social critique, and they don’t come for ambitious Matisyahu impersonations. But alas, “Chemistry” has been foisted upon us nonetheless.

“Chemistry” is every bit as colorful and useless as Fruity Pebbles spilt onto a subway track. Arcade Fire presumably have a large enough braintrust to ensure that anything this left-field would be blended into their core sound fully-formed. Instead, they wield this dumb schlock so awkwardly that it comes across as parody. There are lyrics like “I can feel you making eyes at me / Baby you can try, but you can’t deny.” The saving grace is that Butler is at least not singing in full-on patois.

“Chemistry” follows right after “Peter Pan,” a more committed reggae romp that had the distinction of being Arcade Fire’s worst song… for a short few seconds. It’s the wrong way to confound expectations. Even knowing all great bands eventually fall off, the 13-year drop between “Neighborhoods #1 (Tunnels)” and “Chemistry” feels spectacularly precipitous.