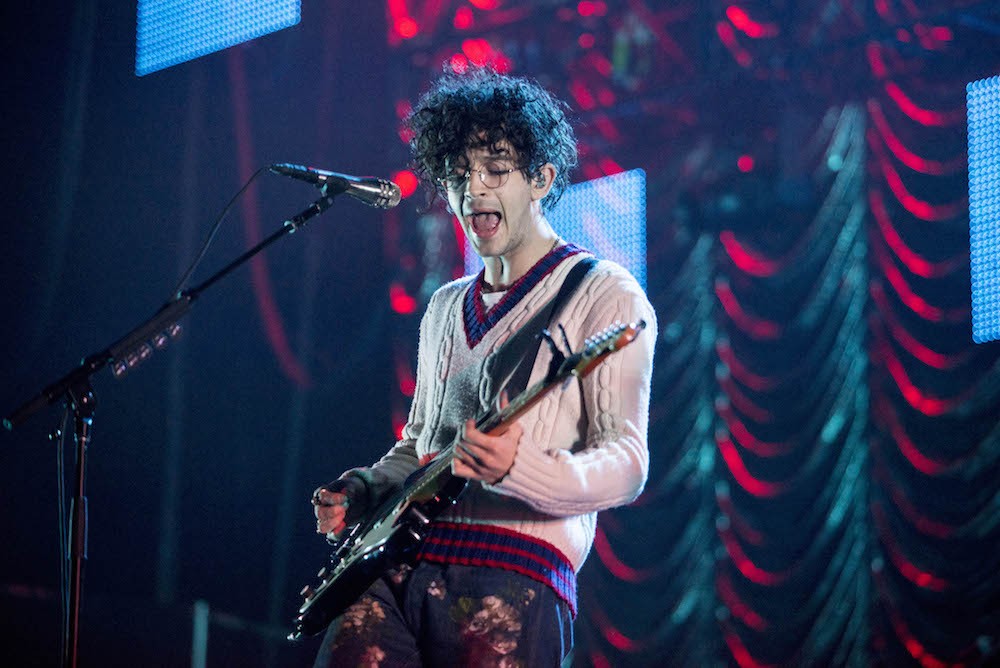 Manchester natives The 1975 played the city’s Parklife festival on Saturday. As Pitchfork notes, the band brought out Andy Burnham, the city’s mayor, as well as first responders to the bombing at an Ariana Grande last month, to pay tribute to the city and the victims of the attack. “We’ve all spent a lot of time mourning since what happened,” frontman Matt Healy said from the stage, his arm draped around the mayor. “But this is a music festival. We’ve had our silence, and now, we decided we don’t want to do a moment of silence. We want to do a moment of noise.”

“As these people leave the stage, in celebration of what they’ve done, let’s have a minute of going fucking mental,” Healy continued. As you can see in the fan-shot video below, the crowd obliged.