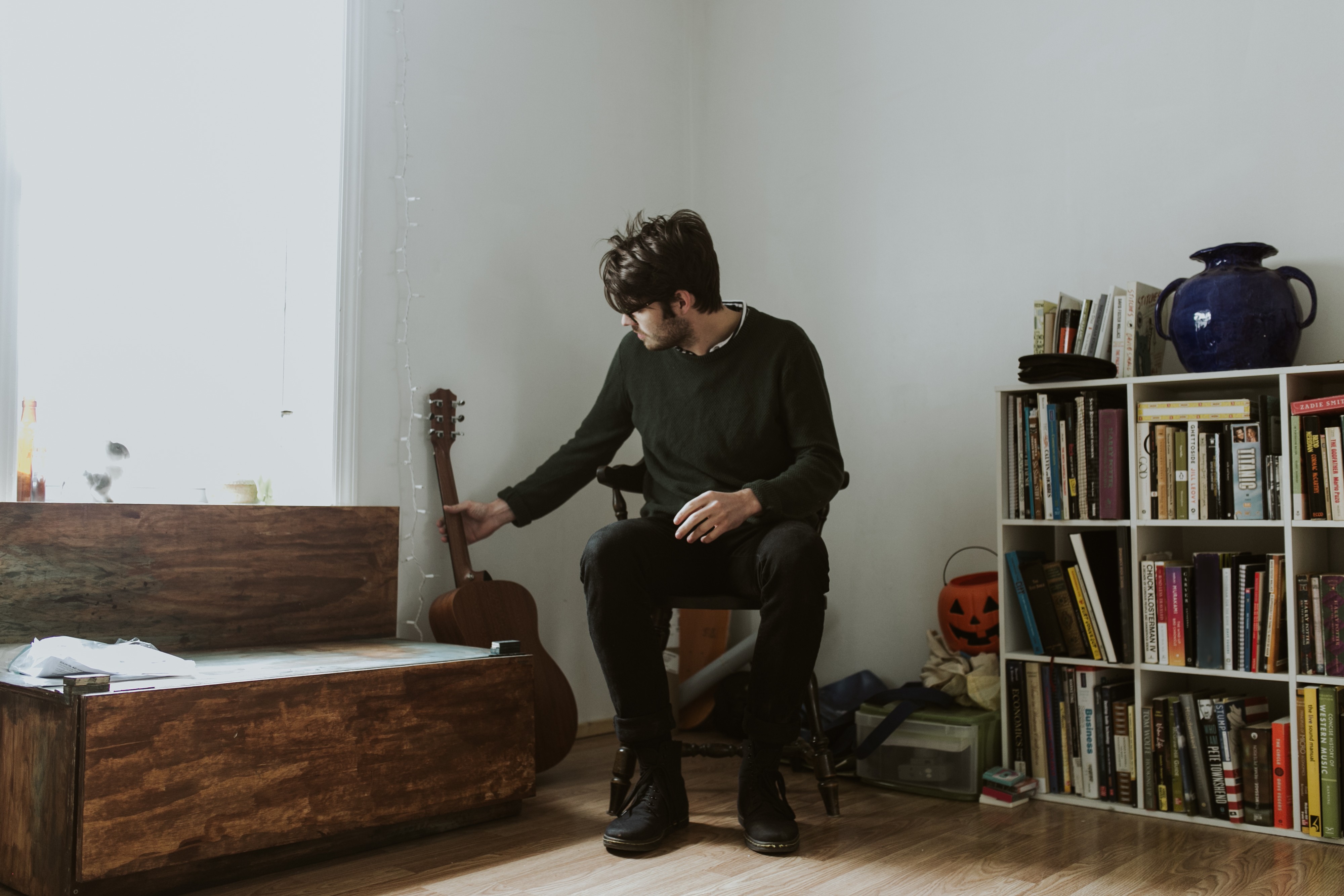 Modern Baseball have a clear-eyed presence when it comes to the messy realities of relationships. Tracks like “Notes” and “Your Graduation” from 2014’s You’re Gonna Miss It All crystalized a certain adolescent experience with a racing intensity as perfect for partying as it is those late nights alone post-breakup. While the band’s been on hiatus since 2016’s Holy Ghost and its subsequent touring, guitarist and songwriter Jake Ewald has slowly been working on new material as Slaughter Beach, Dog.

After releasing the 10-track LP Welcome late last year, Ewald has announced a new EP to be released this July 14. The first single from the EP, “Building The Ark” is a slower acoustic take on the crushing lyrics and scrappy in-your-face power chords that made Modern Baseball so memorable. With simple chord changes and gentle harmonies, the track chronicles waking up after a party in Las Vegas. With punches thrown, the track spirals into self-reflection as Ewald dreams of what a future together would really look like for him and some imagined lover.

“We were in Las Vegas, which I say in the song. It was just like, getting to the end of the tour, thinking about this relationship that I just got out of, and talking to some of my friends about similar things that they were going through,” he told the Fader. “When I got tired of being on the road all the time, I started thinking about how I missed my family. I always felt like I was putting them out by being gone all the time. There’s some of that in there. But it’s also just about dealing with being alone for a while.”