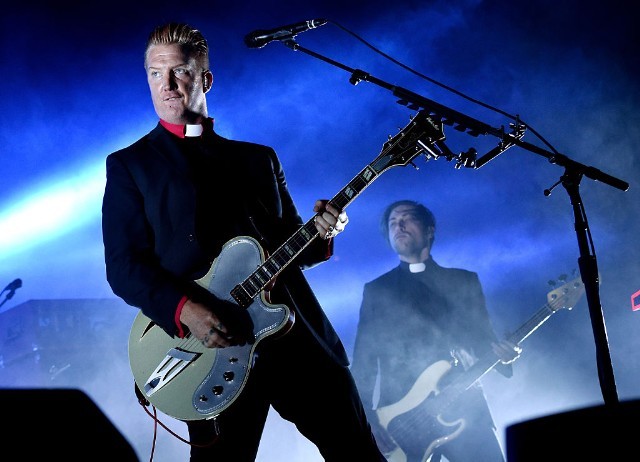 Queens of the Stone Age have been teasing their new album since last spring, and last week the band announced that the record is called Villains and will be produced by Mark Ronson. The first single is the upbeat and familiar “The Way You Used to Do.”

Last night, the band performed for the first time in almost two years near Niagara Falls. During the performance, they premiered a new track off of the album, “The Evil Has Landed.” Although they haven’t released an official recording, you can listen to audio from the concert below. Villains is out on August 25th.

Emma May
Tags: queens of the stone age