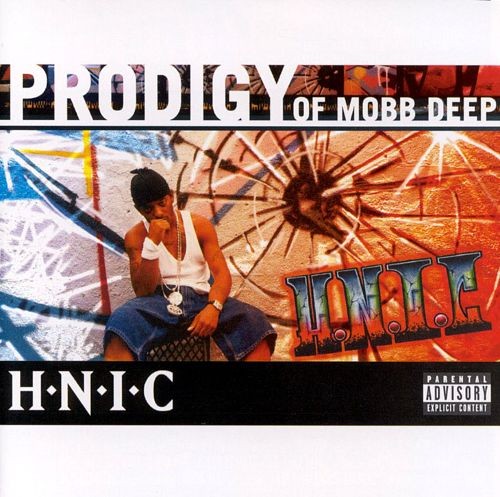 This review of Prodigy’s ‘H.N.I.C.’ originally appeared in the November 2000 issue of SPIN. In the light of Prodigy’s passing, we are republishing it here.

On his 1994 debut, Illmatic, Nas painted New York City’s Queensbridge housing projects as a hard-knock ‘hood as rough as any in the Bronx or Brooklyn. In his wake, QB natives like AZ, Nature, and, most potently, Mobb Deep came up perpetuating the mythology of “The Bridge” with stark rats-in-a-cage tales of project violence and petty thuggery. But Nas went the way of diamond-studded self-parody, leaving Mobb Deep–who always put guns before cheddar–to keep their hometown’s blood-stained legacy alive. No surprise then that on his solo debut, Mobb Deep’s Prodigy consumes the fury and desperation of his environment and spits out the cold, concentrated ghetto the Mobb made infamous on 1996’s Hell on Earth.

As much a point of view than a place of origin, Mobb Deep/Prodigy’s Queensbridge is inhabited by “killers with dry blood on their face” who came out of the womb not giving a fuck, and H.N.I.C.‘s production (handled by the Alchemist, Rockwilder, Mobb Deep’s Havoc, and others) is equally harsh–steely, stark, infused with the rowdiness of a party you might leave with “glass all in your nostrils.” Prodigy fans should have a high tolerance for such gory details. They’ve been numbed by four Mobb Deep albums worth of guns and drugs, and like scores of post-Illmatic dramas, H.N.I.C. is the work of a thug shoving his steel–microphone/pistol–down your throat. But where Nas was the kid who’d seen just enough of the streets to dream of breaking free, P is the walking dead. Not even money matters. On “You Can Never Feel My Pain,” he attributes his nihilism to the “permanent physical suffering” caused by a lifelong battle with sickle-cell anemia, giving lines like “Shoot me / Who gives a fuck, really?” a harsh realism most reality rappers would kill (or be killed) for. H.N.I.C. is titillating; its rugged beats and brooding rhymes rival some of the best in the Deep canon, even if they don’t expand the vocab. The dread is overwhelming. Nas’ Bridge was a place to survive and possibly escape. Prodigy’s is only a place to die.