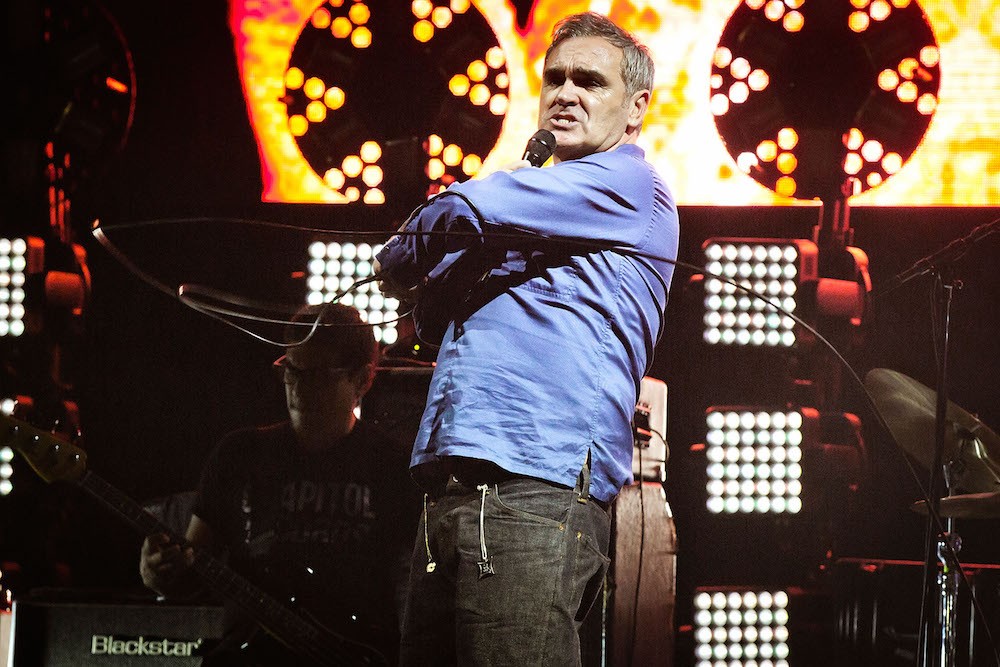 A week after issuing a predictably stupid statement about the Manchester bombing, Morrissey has shared another Facebook message that’s critical of UK Prime Minister Theresa. This time the former Smiths frontman is upset over May’s support of fox hunting, which is a welcome change from his previous note’s apparent condemnation of Islam and—in his view—her endorsement of too-lenient immigration laws.

After noting that the PM recently expanded the legal “slaughter” of badgers in the country and seems primed to do so for fox hunting, Morrissey writes that his “own view is that a British Prime Minster should not approve killing of any kind.”  Later, he praises Labour Party leader Jeremy Corbyn as “intelligent” and says May is “not the face of 2017” England, in part because of her Middle East policies.

“Many feel that people who hold the beliefs of Theresa May should also be culled, and we therefore assume that she would not object to this form of death for her own self,” he added, before posting a photo of dogs ripping apart a fox.

Read the full note below.