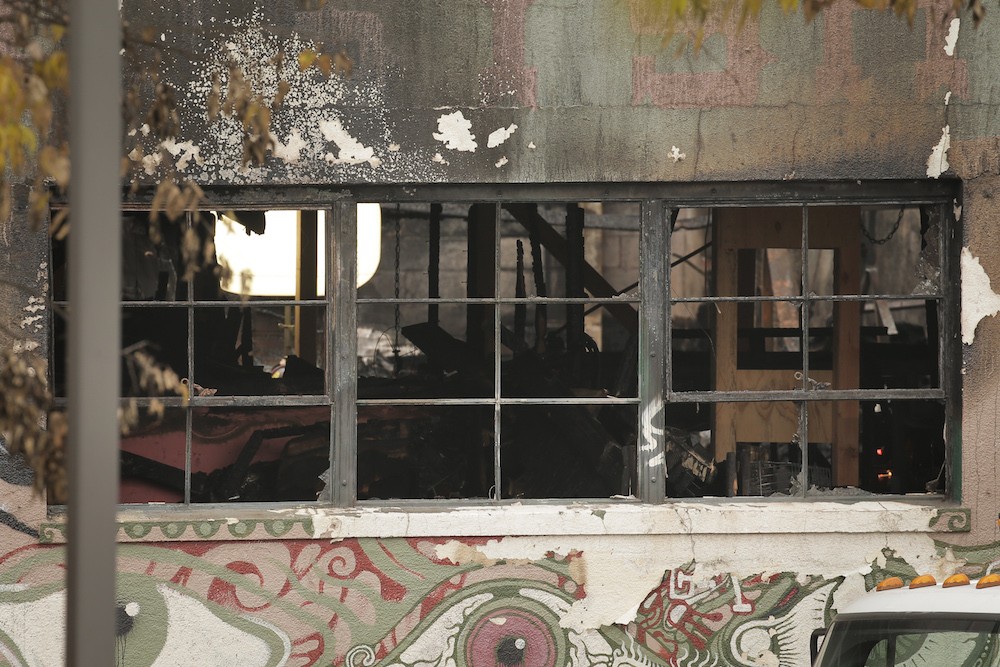 Derick Almena, the “master tenant” of Oakland’s Ghost Ship, the warehouse and DIY arts space where 36 people were killed in a fire late last year, has been arrested on 36 counts of manslaughter, the East Bay Times is reporting. The paper’s report is based on information from an anonymous law enforcement source, and also alleges that another Ghost Ship tenant named Max Harris was arrested on similar charges. Evan Sernoffsky, a reporter with the San Fransisco Chronicle, corroborated the Times’s reporting in a tweet, identifying Harris as the Ghost Ship’s “creative director.”

The fire happened during a dance party for the 100% Silk label at Ghost Ship on December 2, which all 36 victims were attending. Though the building was permitted only as a warehouse, it was filled with ramshackle living spaces and studios for the artists who lived there, with a staircase made of wooden pallets and electricity wired over from an adjacent auto body shop, the Times notes.

As “master tenant,” Almena was responsible for screening prospective tenants and delivering rent to the landlord, Chor Ng. In the immediate aftermath of the fire, he faced intense criticism for a Facebook post in which he lamented that “Everything I worked so hard for his gone,” without acknowledging the deaths. In an emotional televised interview after the fire, Almena claimed that he was told that the building was “to city standards” when he signed the lease. But the Ng family has said that Almena repeatedly assured them that no one was living in the building.

Almena was arrested in Lake County, California, and Harris in Los Angeles, according to the Times’s source. Alameda County District Attorney Nancy O’Malley will reportedly hold a press conference to announce the charges this afternoon.