“What Do You Want Me to Say?” Manager of Oakland Fire Building Asks in Intense Interview on Today 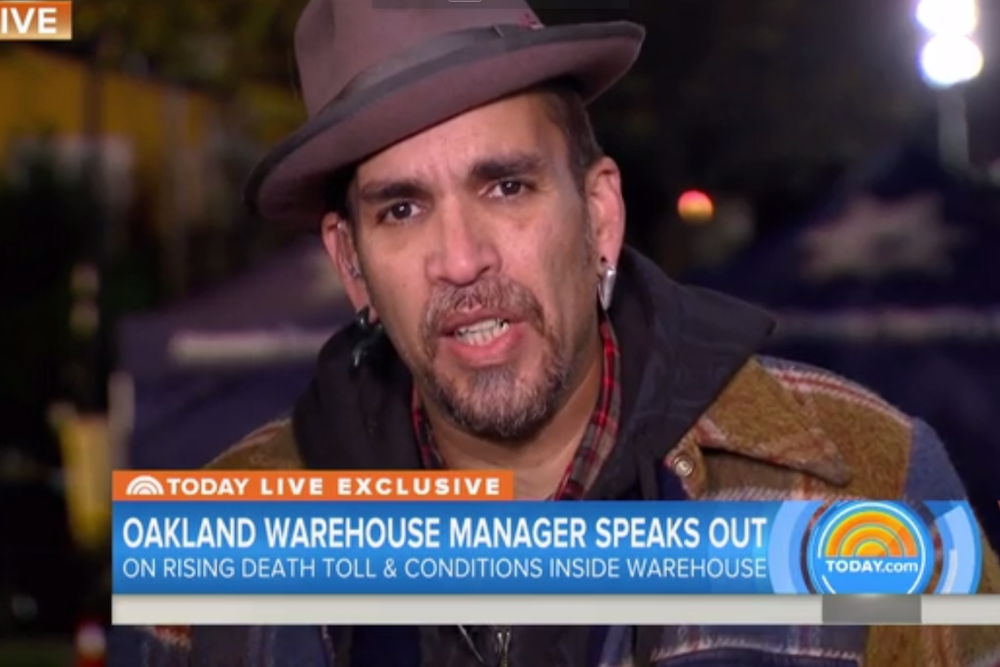 Derick Almena, manager of the Oakland warehouse that caught fire over the weekend, killing at least 36 people, gave an interview with the Today show this morning. Hosts Matt Lauer and Tamron Hall asked Almena good questions that deserve to be answered, about the building known as the Ghost Ship’s apparent failures to meet fire code, but the interview is a difficult watch.

Almena does not own the building, and it’s unclear whether he or the landlord or both should be held responsible for the blaze. “I signed a lease, and I got a building that was to city standards, supposedly,” he said on Today. However, Eva Ng, daughter of landlord Chor Ng, told the Los Angeles Times that the leaseholders made repeated assurances that no one was living in the building, which is not zoned for residential use. In the same Times article, a former tenant called the Ghost Ship a “death trap” with no fire alarms or sprinklers.

Whether or not Almena did have a hand in the conditions that led to the deaths of Ghost Ship tenants and guests, it is clear that he cares about them deeply and feels intense guilt. “I would rather get on the floor and be trampled by the parents,” he said at one point. “I would rather let them tear at my flesh than answer these ridiculous questions.” Watch it below.