A total of eight people have been arrested in the U.K. in connection with Monday night’s suicide bombing outside an Ariana Grande concert in Manchester, including two men arrested early Thursday morning, the Washington Post reports. One of the suspect’s brothers, Ismail Abedi, is among the eight arrestees. In addition, officials in Libya said they arrested another brother, Hashem Abedi, and their father, Ramadan Abedi.

U.K. police initially said they believed bombing suspect Salman Abedi acted alone, but on Wednesday they revised their analysis, saying they were investigating “a network.” ISIS took responsibility for the bombing early on Tuesday, although their claim has not been confirmed.

Salman Abedi was born in Britain, but reports indicate he may have had contacts with extremists in multiple countries. He recently traveled to Libya, where his parents now live, and may have visited Syria as well. A German security official told the Post that Abedi was in Düsseldorf just four days before Monday’s attack, on his way back to Britain from Turkey. Abedi is also said to have visited Frankfurt in 2015.

As the terror investigation proceeds, there’s a secondary drama surrounding international media leaks. British police are irritated that information shared with U.S. officials has leaked to U.S. media, which reported Abedi’s name before police confirmed it. Today, U.S. Rep. Mike McCaul, chairman of the House Committee on Homeland Security, told media that the Manchester bomb utilized the same explosive as bombs used in the November 2015 Paris attacks and the March 2016 Brussels attacks. 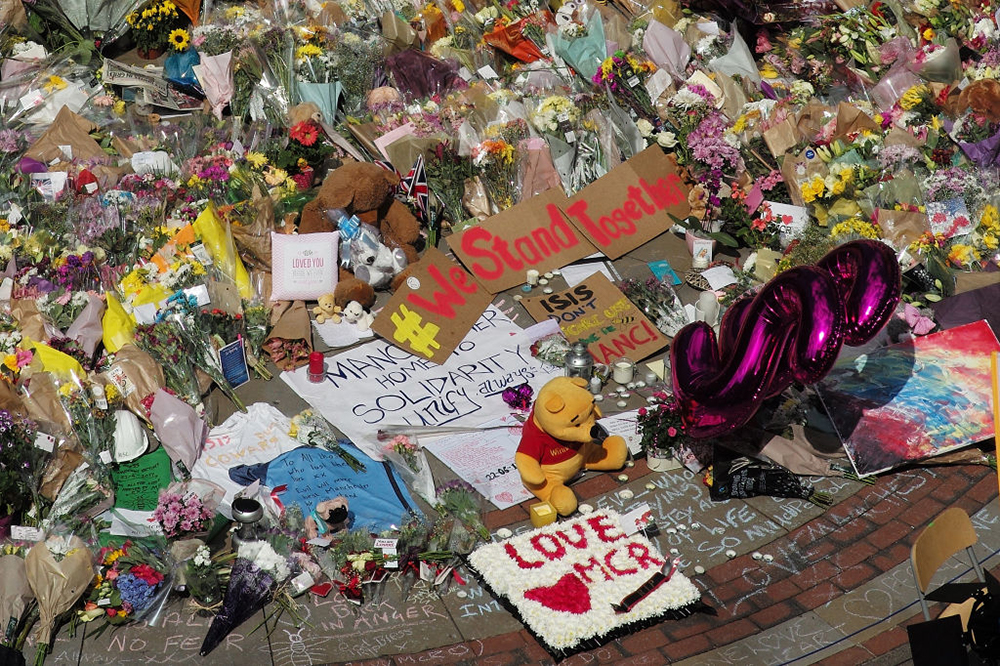 Angered by Manchester Arena bomb site photos published in the New York Times, British police have said they will no longer share information about the investigation with U.S. officials. Ahead of her meeting with President Donald Trump in Brussels today, Prime Minister Theresa May said she intends to “make clear” that “intelligence that is shared between our law enforcement agencies must remain secure.”

Britain held a minute of silence at 11 a.m. Thursday to remember the 22 victims of the attack. A reported 23 people remain in critical condition.