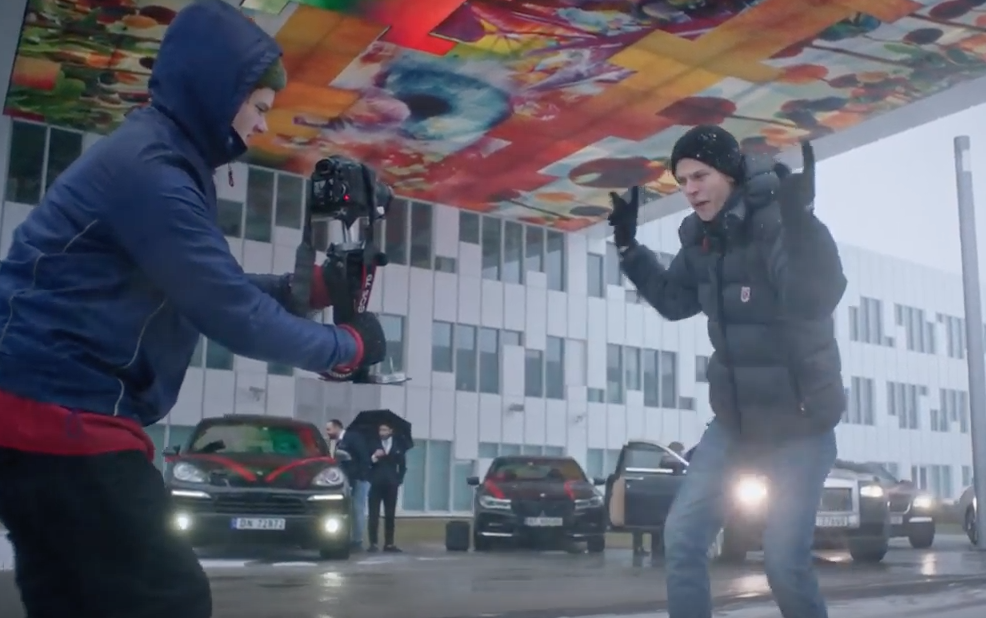 Years after her beginnings in the History of Apple Pie, Kelly Lee Owens carved out new terrain in the electronic world with the release of her self-titled debut album earlier this year. Amongst a flutter of harsh and humble hues, the album drew comparisons to the avant-pop production of Arthur Russell, as well as the complex lyrics and daring stage presence of artists like Jessy Lanza and Jenny Hval. One such track from the album, “Throwing Lines” turns the simple tick of a digital metronome into a full-force pop ballad with roots as far back as Yellow Magic Orchestra.

Today, the track receives its own music video. Directed by Kasper Häggström, the meta making-of video depicts its own creation and features two teen boys dancing around a snowy landscape while filming themselves to present to Kelly Lee Owens herself. Check it out below and catch Owens on tour throughout Europe and North America with dates as noted below.