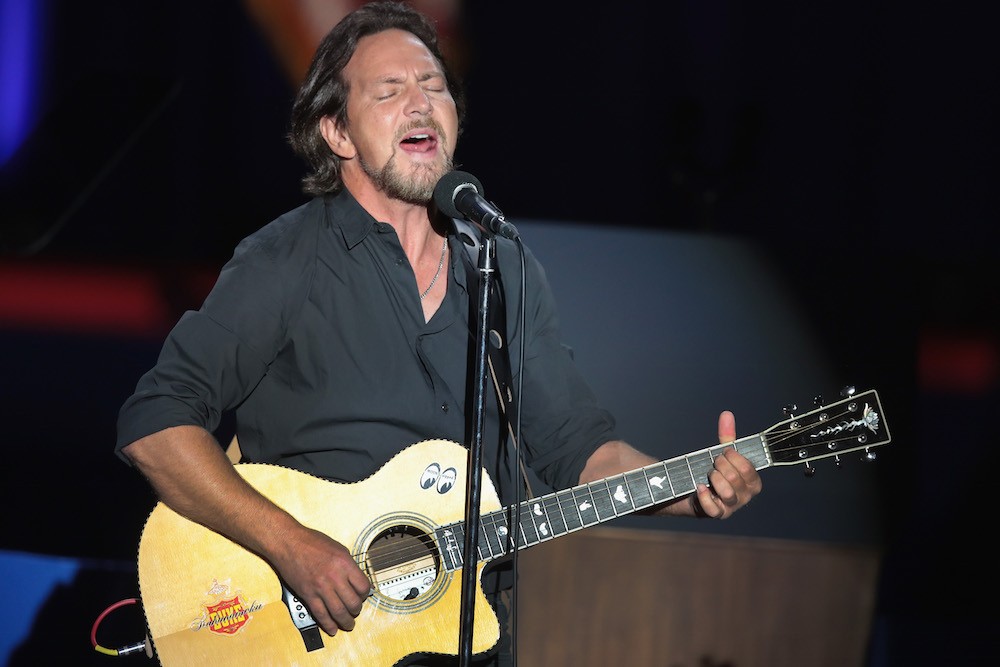 On the first night of his European solo tour Saturday in Amsterdam, Pearl Jam frontman Eddie Vedder performed a number of songs that seemed to have been chosen in order to pay tribute to the late Chris Cornell. He played Pearl Jam’s “Long Road,” changing the lyrics from “But still/ Something is missing” to “Without you/ Something is missing,” and covered Neil Young’s famous anti-heroin track “The Needle And The Damage Done” and Fugazi’s “I’m So Tired,” which deals with isolation and suicide. At one point a fan called out “I love you!,” prompting Vedder to respond with the following message:

Thank you. I need it. We all need it. I’m thinking of a lot of people tonight. And some in particular and their families. And I just know that healing takes time if it ever happens. It takes time, and that means you have to start somewhere. So let it be music. Let it be love and togetherness. And let it be Amsterdam.

As Consequence of Sound notes, a PearlJam.com member named Electro_UK attended the show and described it as being “pretty much entirely about Chris without directly mentioning him.”

“It was clear Eddie couldn’t bring himself to talk about it head on,” the fan added. “He spoke a little how the healing process can start with music and made numerous references to how sad he was and how much he and his friends were struggling. Frankly it is the bravest performance I have ever seen. At times it seemed like he was a word or two away from breaking into tears.”

Watch a video and listen to recordings of the concert below.