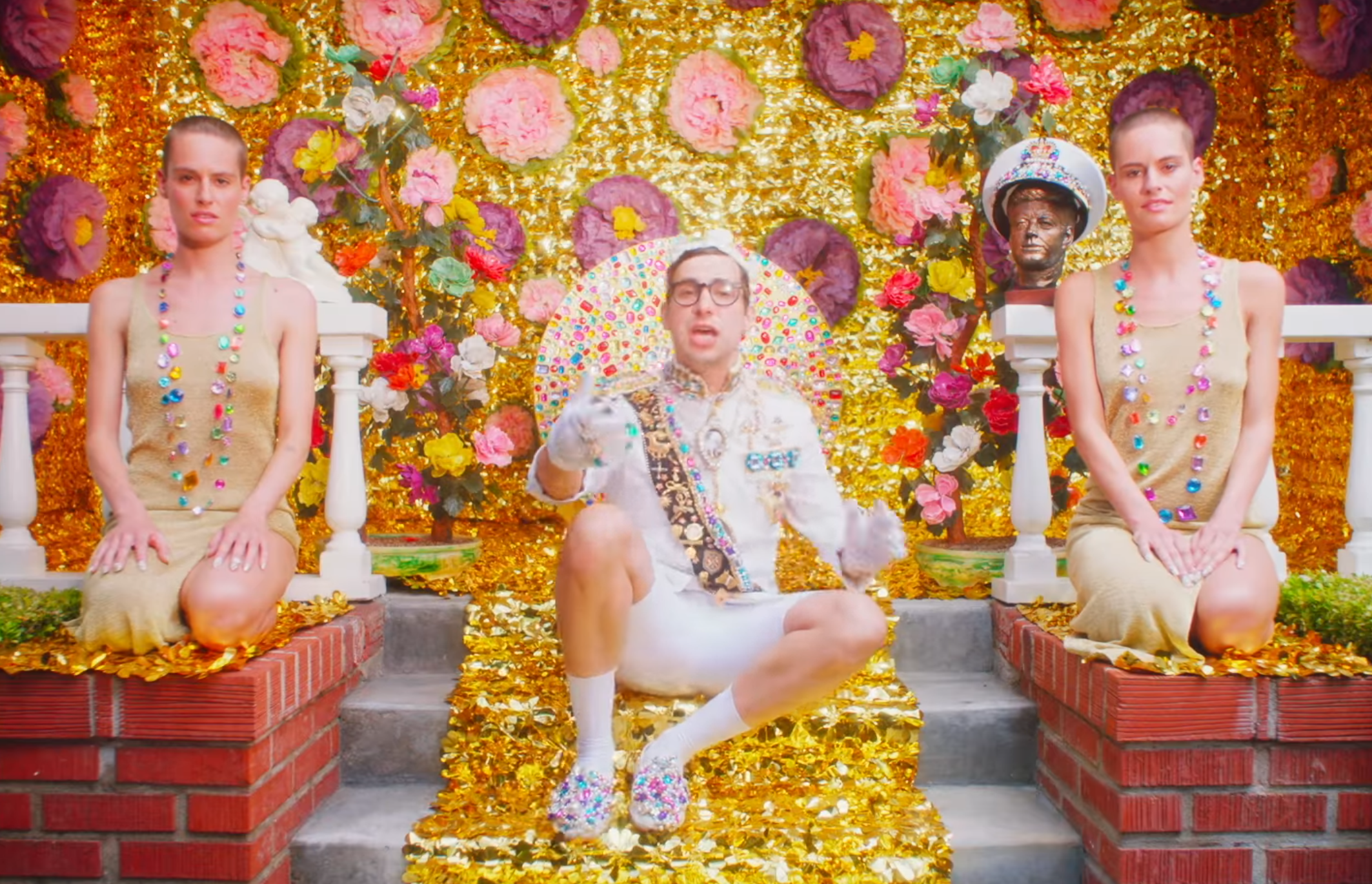 The new Bleachers video for “Don’t Take the Money”–the lead single off their upcoming album Gone Now–is directed by Lena Dunham, formerly star and showrunner of the recently-wrapped series Girls and also frontman Jack Antonoff’s partner of many years. It’s a brightly-colored surreal affair, with Antonoff in a bizarre, pin-and-epaulted-covered suit, preparing for his wedding day. Alia Shawkat (Arrested Development, Search Party) officiates, reading out of what appears to be a New Jersey travel guide. The event is attended by a bunch of mannequins.

Eventually, Antonoff gets the shit beat out of him, for various reasons, and, in a clear effort to flout tradition in stories like this, it’s not the self-important, would-be-heroic white cis-male who “gets the girl” in the end. Watch the video below.