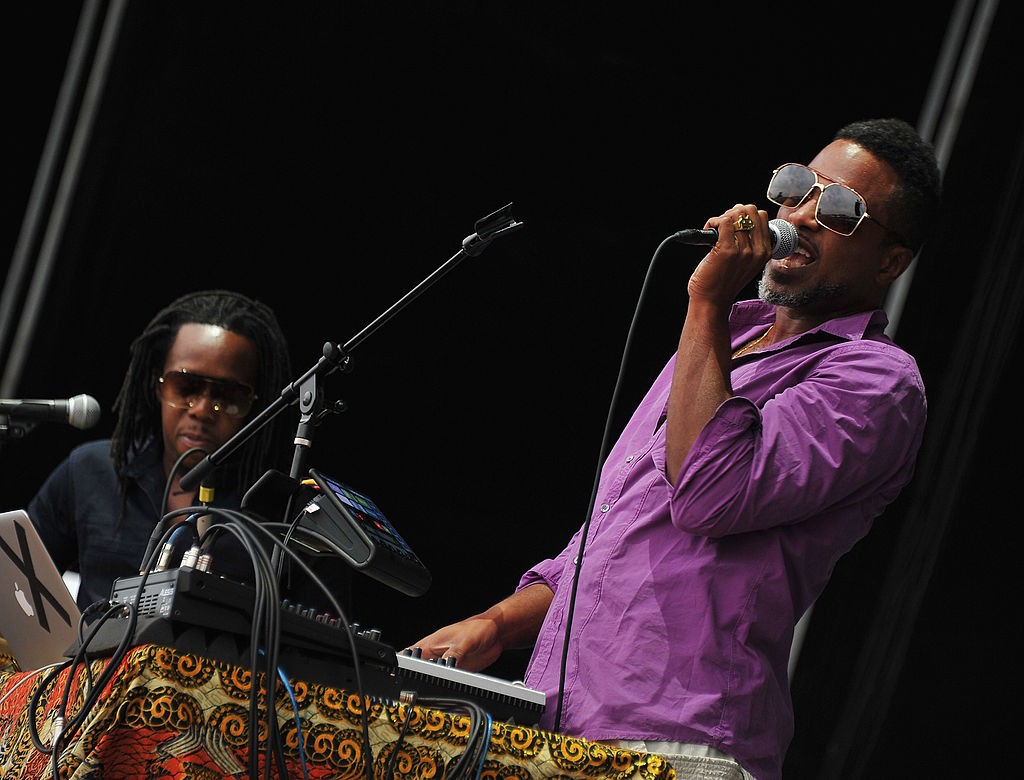 Shabazz Palaces are back with Quazarz: Born on a Gangster Star, the art-rap chameleons’ first LP since 2014’s Lese Majesty. The new album is due out July 14 on Sub Pop–available for preorder now–and the group has released a lyric video for its dusty, soulful first single (offset by some psychedelic Autotune warbling on the chorus) “Shine a Light,” which features Seattle MC Thaddillac.

Here’s the group’s lengthy discussion of the concept for Born on a Gangster Star, which revolves around Quazars, the “musical emissary” sent from the depths of space who has been sent here to explore Earth’s general funkiness (or, as it turns out, the unfunkiness of “Amurderca”):

What he finds in our world is a cutthroat place, a landscape where someone like him could never quite feel comfortable amidst all the brutality and alternative facts and death masquerading as connectivity.

Inspired by days on end spent in the waves—water and light, both—of Southern California, the work came to the Palaceer in a flash, like being picked up by something and carried. Always dribbling with his head up, he can see what’s going on around him and react to it, rather than starting in a certain direction and hoping to achieve something upon arrival.

What’s good?—the kids ask. What does it even mean, and what does it even matter? Who is behind these choices? We are all of us sitting under a waterfall of all. this. shit. But it’s the excess that is casting us into ruts.

The Palaceer stays away from the fleeting and the superficial nonessential. Stay away from your device—your phantom limb—and stay away from your image—your phantom self; that is his decree. Considering the motions behind the things you like to consume artistically, rather than just the way something looks or sounds, and thinking in layers, and trying to be more considerate and not so self-oriented—this is his medicine for combat.

There’s more where that came from here. The statement also reveals that the album was recorded in just two weeks in the group’s hometown of Seattle, and that the record features “in body or in spirit…Julian Casablancas, Thundercat, Darrius Willrich, Gamble and Huff, Loud Eyes Lou, Thaddillac, Ahmir, Jon Kirby, Sunny Levine, and Blood.”

Listen to “Shine a Light” below.