Mary J. Blige Thrives With Kaytranada and BADBADNOTGOOD on “Telling the Truth” 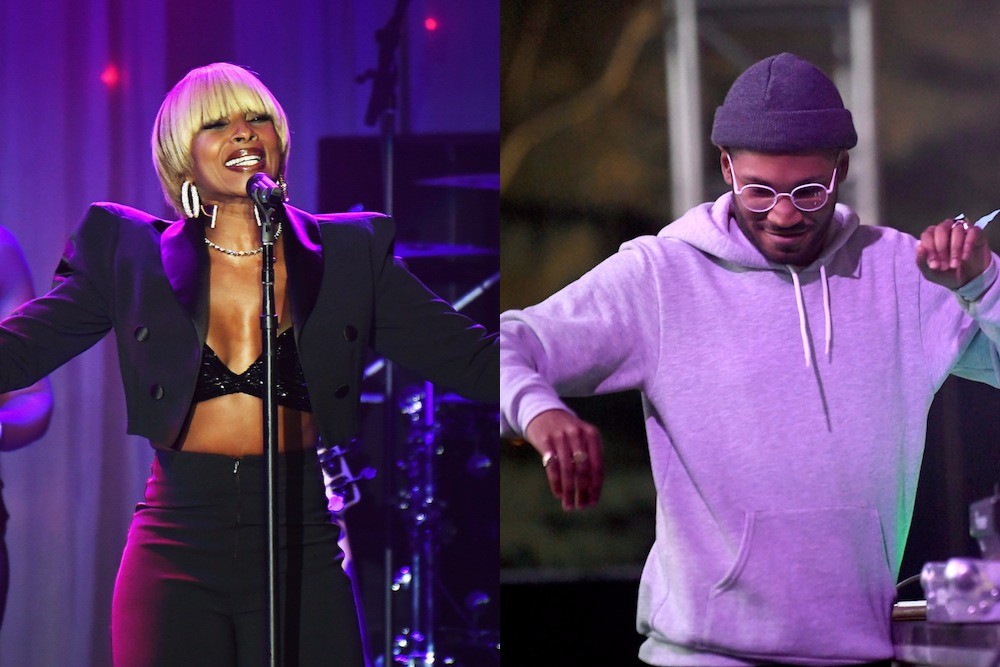 There are many gravity-shifting R&B artists who refuse to suture their emotional wounds. What makes Mary J. Blige one of the genre’s most compelling voices is how that hurt is still tender tissue—no calluses are allowed to form. That vulnerability translates into magic that’s appeared throughout her career, though only sporadically over the last decade. It’s at least been a mainstay in her performances: At last year’s Madison Square Garden show co-headlined by Maxwell, there was a sequence where she repeated an improvised line, “He wasn’t worth it,” stumbling backwards and scraping the notes from her throat’s bottom with each recitation. The whole moment felt like less of a recollection than an ongoing voyage. She may be theatrical, but you knew he wasn’t worth it: Very few deserve a woman this strong.

Then there’s the dance bops—everyone who’s heard “Family Affair” knows it would’ve survived regardless of meme culture. Blige’s latest in that vein, the revelatory “Telling the Truth,” is the cathartic late highlight on her latest album Strength of a Woman, which comes after divorcing Kendu Isaacs, her manager-turned-husband of 13 years. The album comes with a cadre of stars (including her Kanye West collaboration “Love Yourself,” whose soul-leanings ring a bit too ornate), but the marquee collaborators she truly comes to life with are lifelong R&B student Kaytranada and Toronto’s BADBADNOTGOOD.

Kaytranada’s signature rubbery bass line ring kaleidoscopic as minor keys and steely percussion quixotically point onwards. It’s the wonder of stumbling on to a discotheque in the middle of a shanty dive bar. But Strength of a Woman predominantly focuses on the process of self-love, so it makes sense that this is Blige’s show. The accusatory side glare (“I know you see the pain behind these eyes/And now I know you’re caught up”) leads into her exhaling melodic runs and fraying her words into pained melismas. It’s a revelation in process—a hardship that Mary has constantly mined for gold.