Bill Murray Has a Classical Album Out This Summer 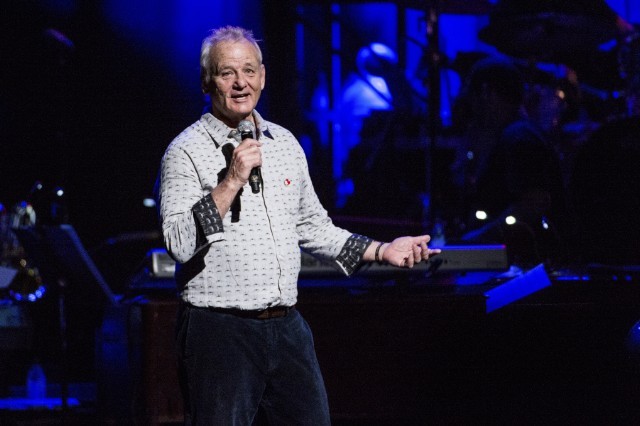 Bill Murray, America’s favorite weird uncle, is recording a classical album. The New York Times reports that the 66-year-old actor and comedian is working on a new project called “New Worlds,” in which he sings and performs literary readings over chamber music from a trio led by cellist Jan Vogler. The program has him singing Gershwin, West Side Story, and Stephen Foster and reading selections from Whitman, Hemingway, and Twain while the ensemble, which also features Mira Wang on violin and Vanessa Perez on piano, plays Schubert, Bach, and Piazzolla. The live show, said to “explore themes of American history and identity,” will premiere at Festival Napa Valley on 7/20, followed by a North America tour and an album to be released in August. Here’s another relevant tidbit from the Times preview:

At the session last week, Mr. Murray wore a loosefitting salmon shirt and a white and black bandanna, and complimented his colleagues by saying that one passage “makes me laugh.” At one point, Sofia Coppola wandered in (of course), hugged Mr. Murray and then pulled out her phone to shoot some video of him singing Van Morrison.

Incidentally Murray’s also got a new collab with Paul Shaffer out on vinyl for Record Store Day.

Which Celebrity Cubs Fan Sang the Best “Take Me Out to the Ball Game” at the World Series?