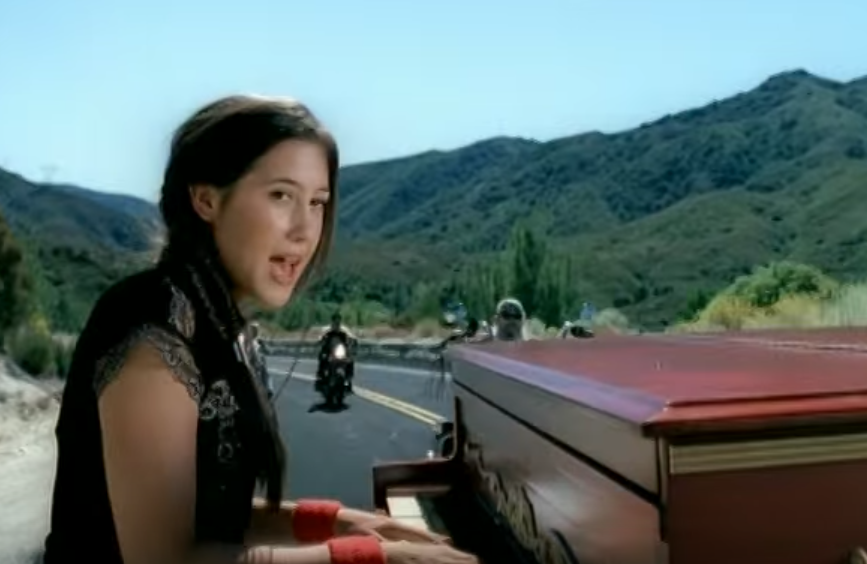 After finally getting their hands on Cam’ron’s “A Thousand Miles” remix, The Fader spoke with Vanessa Carlton herself to get her opinion about the reworking of her most famous song. The vocalist had nothing but kind words for the track.

“I thought wow, this totally works! “A Thousand Miles” is hard to sample. People would usually only use the piano interlude part but he uses the verse and chorus piano sections too. That’s one of the reasons it works so well. Also it’s a dark tale. And that juxtaposition with the seemingly light and pretty piano thing totally works.

This song is universal. When things aren’t right at home, everything feels shitty. I liked Cam’ron’s [music video]. Especially the part when he was wrapped in that smelly blanket with the french cigarette behind his ear.”

Noting its presence in both hip-hop and online memes, Fader also asked Carlton how she feels about the song’s broader cultural impact. “I mean this song is its own thing now,” she said. “It has its own career. To have a song that has a role in hip-hop is awesome. I feel welcome. I’m serious though, “A Thousand Miles” needs its own manager and agent. I have moved on and am able to explore different sounds and collaborations. I just sort of respect what happened with this song and let it be its own thing.”

Check out the recently-unveiled remix (and its accompanying video) in full below.