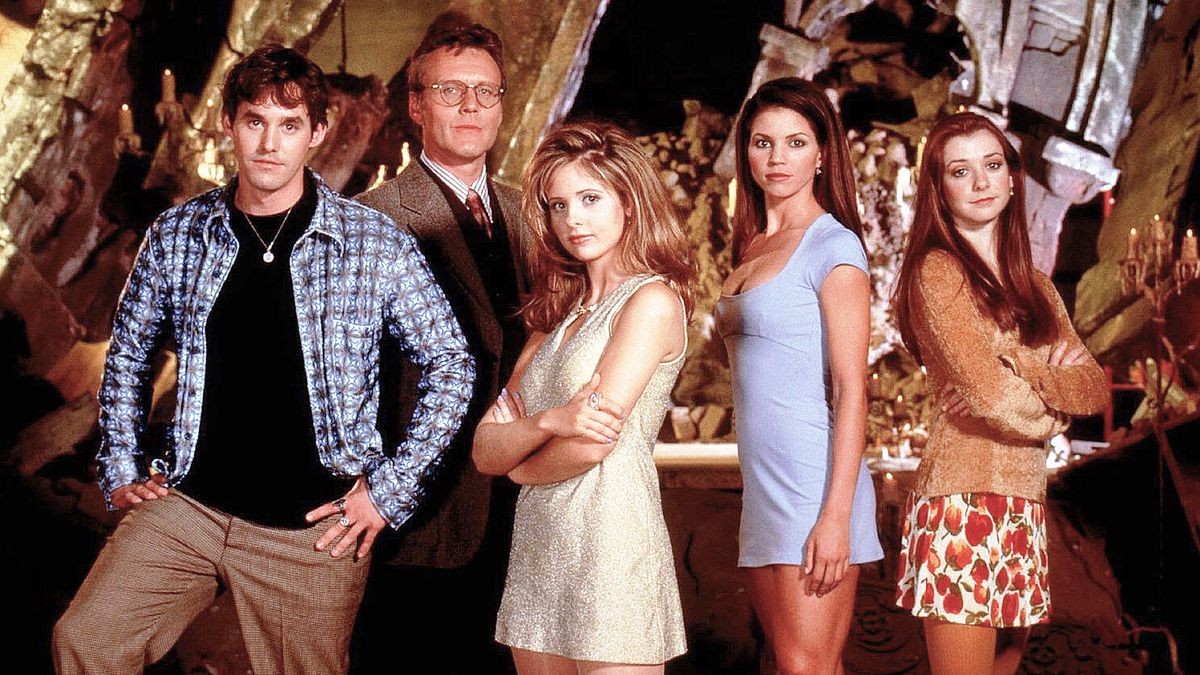 This article originally appeared in our October 1997 print issue. We’re re-publishing to mark the 20th anniversary of Buffy the Vampire Slayer’s debut.

It was during an episode this past spring, in which a band of high-school meanies possessed by the spirits of evil hyenas attacked and devoured  their principle, that Buffy the Vampire Slayer finally crossed the line. Exhumed this year from the dud 1992 movie–ironically, to live again in the entertainment graveyard that is the WB Network–Buffy went from an intriguing oddity to a brilliantly sustained exercise in setting the nightmares of teenhood against the assaults of the undead.

“What’s scarier than high school? What’s scarier than adolescence?” says Sarah Michelle Gellar, the 20-year-old actress who portrays the titular heroine selected by ancient forces to save the world from encroaching evil. With her tae kwon do-trained hatchet hands, flying feet, and her inexhaustible supply of one-liners–“A stake through the heart, a little sunlight, it’s like falling off a log”–Gellar’s petite, implacable Buffy is a reluctant vigilante thrust into a world of virgin-devouring praying mantes and and spontaneously combusting cheerleaders.

The physical and verbal dexterity she regularly displays on Buffy has made Gellar–previously known as Erica Kane’s long-suffering daughter on All My Children–a rising horror heroine. During the show’s  summer hiatus, she filmed two consecutive shockers, Scream 2 and–by the same screenwriter, the very voguish Kevin Williamson–I Know What You Did Last Summer. “I’m going to get one of those nice movies one day,” says Gellar. “One that takes place in a house, in a room with two people.” But,” she adds, “the house will probably be haunted.”

Remember All the Bands Who Played on Buffy the Vampire Slayer?