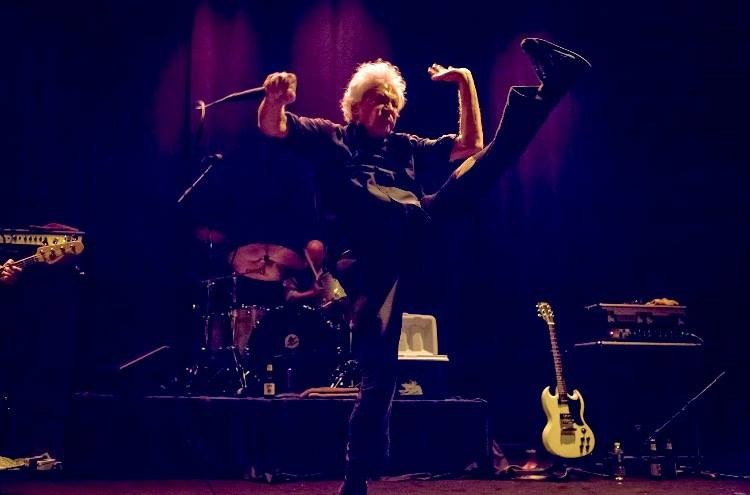 Guided by Voices’ upcoming 24th studio LP is lead singer Robert Pollard’s 100th, and though it is entitled August by Cake, it will come out on April 7th. There’s one major aspect to distinguish this from other Pollard/GBV projects you may have skimmed or skipped over in the last few years: It’s a double album. For the Dayton indie-rock icons, that means 32 tracks clocking in at two minutes or less. (Presumably, the songs are full of wry lyrics, infectious melodies, trashed guitars, and unhinged, drunken energy.)

The band released one track to that general effect last month, the mumbled, anthemic “Hiking Skin,” and now they’ve dropped the charming, drum-machine-driven march “Dr. Feelgood Falls Of the Ocean.” There’s a vaguely Celtic feel to the melody and backbeat, and like any GBV song that’s worth its salt, the band seems to be barely holding it together. Listen below, and preorder August by Cake here.