Of Course Father John Misty Made a Charming Unboxing Video 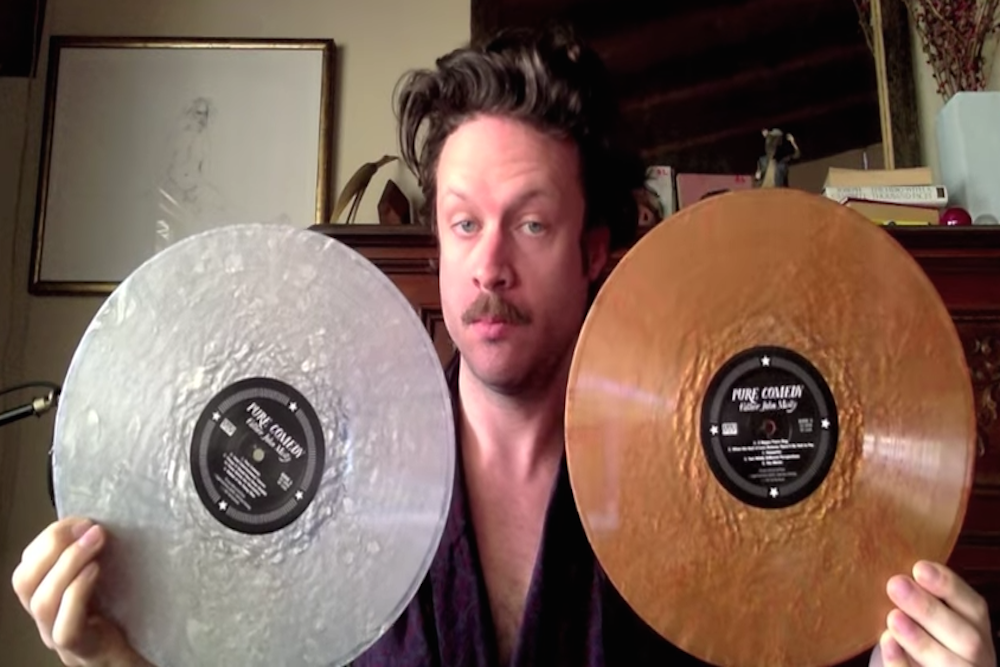 On March 4th, we saw Father John Misty perform two songs off of his upcoming LP Pure Comedy on Saturday Night Live. Yesterday, the New York Times published an interview with the artist about his new record. Today, he took to YouTube to share a video of himself unboxing the new album in vinyl format.

In the three minute clip, Father John Misty sits in front of his piano clad in a purple robe, drinks tea from a cup and unpackages the deluxe vinyl edition. The whole thing is backed by a laid-back oo-ing and ah-ing choir, followed by an orchestral arrangement, and punctuated by Josh Tillman’s intense facial expressions. It’s very goofy, but dang if it’s not charming. There’s a lot that comes with the record, too, and it certainly serves its function.

In a related note, Tillman told the Times he self-medicates through micro-doses of LSD. “Acid really helps,” he said. “I probably shouldn’t talk about this, because Jeff Sessions will come after me. ”

Pure Comedy is out April 7th. Watch the video below.