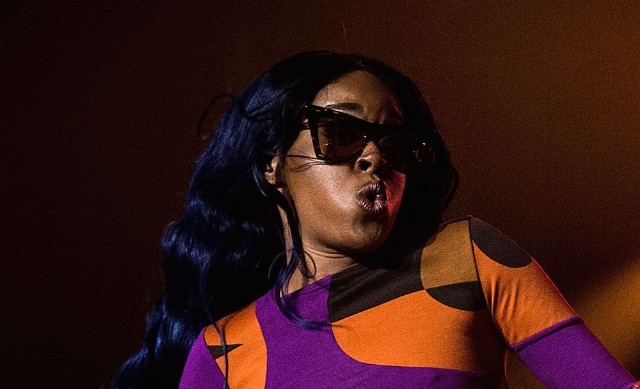 Azealia Banks has reportedly taken a plea deal in her 2015 assault case stemming from an incident in which she allegedly “punched and bit the breast of a security guard. After an arrest warrant was issued last week, Banks has agreed to take the deal that calls for anger management services with the possibility of avoiding jail time.

According to the New York Daily News, the musician “copped to third-degree assault” and will appear in a year-long anger management program, with regular updates to the judge. The rapper will be able to avoid jail time if she stays out of further trouble for the rest of the year. Should she not comply, Banks could face up to one year in jail.

The arrest warrant was issued following her failure to appear in court last week. In a statement shared with Pitchfork, Banks’ entertainment attorney John Vafa remarked:

“After conferring and working with Ms. Banks’ New York criminal attorney, we were able to negotiate and accept a plea deal. Ms. Banks will participate in the ordered courses by the district attorney and the judge for 26 weeks.”

Vafa also shared that Banks was absent in court due to a scheduling mixup and was unable to attend as she was in France for Paris Fashion Week. After appearing in court the next day, the warrant has since been retracted. “The Court retracted the warrant,” Vafa shared last Tuesday. “Azalia appeared [in court] immediately after she returned to New York.”