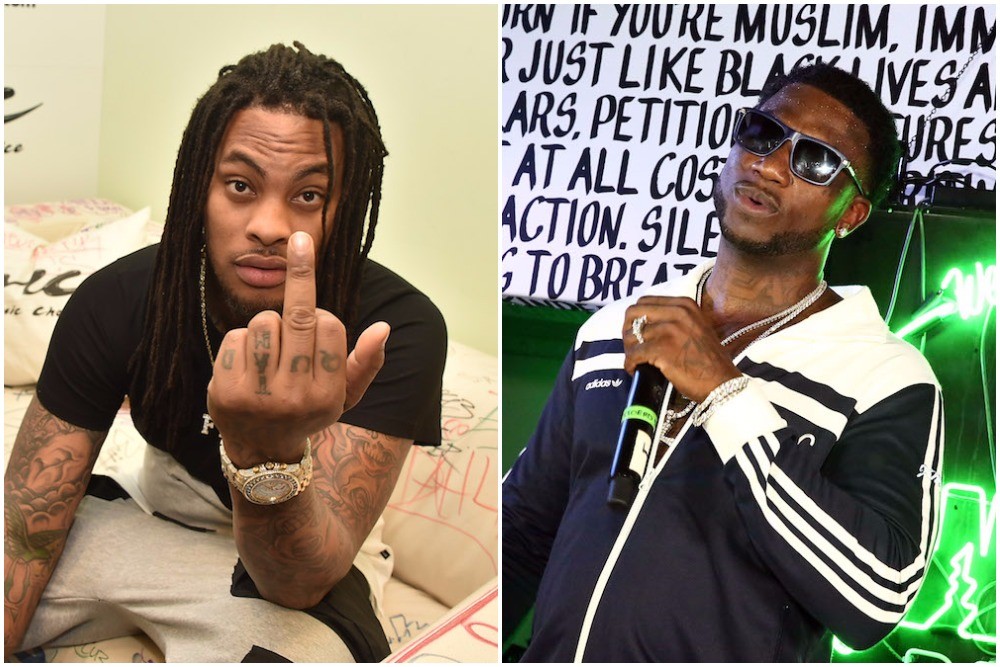 Waka Flocka Flame’s “Hard in Da Paint” is an unlistenable song in 2017 because of the line “See Gucci, that’s my motherfucking nigga.” Your heart breaks because that’s no longer true: The two haven’t been cool since falling out over label and money issues in 2013, and it doesn’t look like they’re any closer to patching things up.

Flocka is getting ready to drop his new single “Was My Dawg”, and some of his fans have ferreted out that the “dawg” in question is Gucci Mane. That’s not a wild guess: Flocka tagged Gucci Mane on the cover art’s silhouetted figure on Instagram.

Flocka also appeared on BBC Radio 1Xtra on Tuesday to promote the single, and didn’t do all that much to silence the antagonistic rumors. He mentioned that “there’s a lot of rappers looking gangsta on the internet but they’re soft in the streets” and asked did “[Gucci] shoot a video in East Atlanta? Alright. I’m exposing these folks. I ain’t no hater, I’m just exposing.” Gucci Mane—who’s gotten engaged and shed a few pounds since he and Flocka were compadres—hasn’t responded to the phantom shots. Watch the BBC Radio 1 interview below.

Update: “Was My Dawg” is out, and yes, it’s a Gucci Mane diss. Choice lines include: “Always yellin’ Brick Squad, always talking fam first / When yo ass got locked up, you turned on the fam first,” “Shoot the fair one with a nigga, beat your ass just like a kid,” and “How you think your ass gon’ last when them choppers pull up on ya?” Listen below.