This Is How You Own a Politician 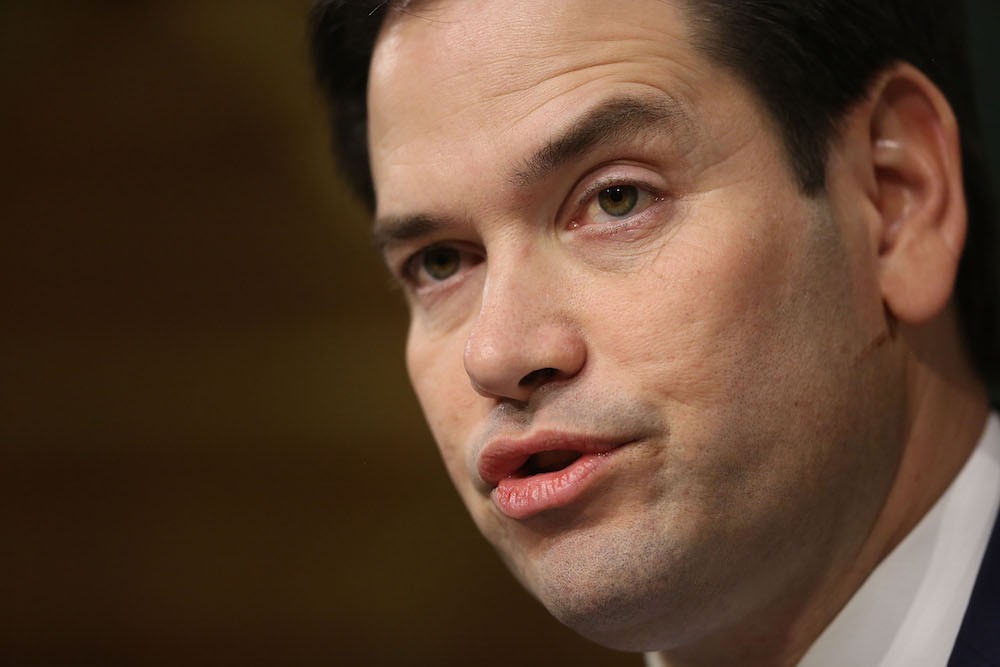 Two weeks ago, failed presidential candidate and repeated target of Trump’s mockery Sen. Marco Rubio generated all kinds of positive headlines for appearing to grill Rex Tillerson, Trump’s nominee for Secretary of State, over the former Exxon CEO’s cozy relationship with Russia. “I’m prepared to do what’s right,” Rubio told reporters at the time when asked whether he’d vote against the nomination.

As it turns out, “what’s right” for Rubio is getting headlines for acting tough on camera and then voting for Tillerson anyway. The silver lining to the senator’s apparent change in heart is that it lead to him getting thoroughly owned by someone at his press conference today.

Rubio says he hopes Tillerson is best Secretary of State of all time. Also someone is holding a spine prop behind him pic.twitter.com/lDI6XY56e1

Someone is holding a human spine next to Marco Rubio right now pic.twitter.com/iybNkHWyuw