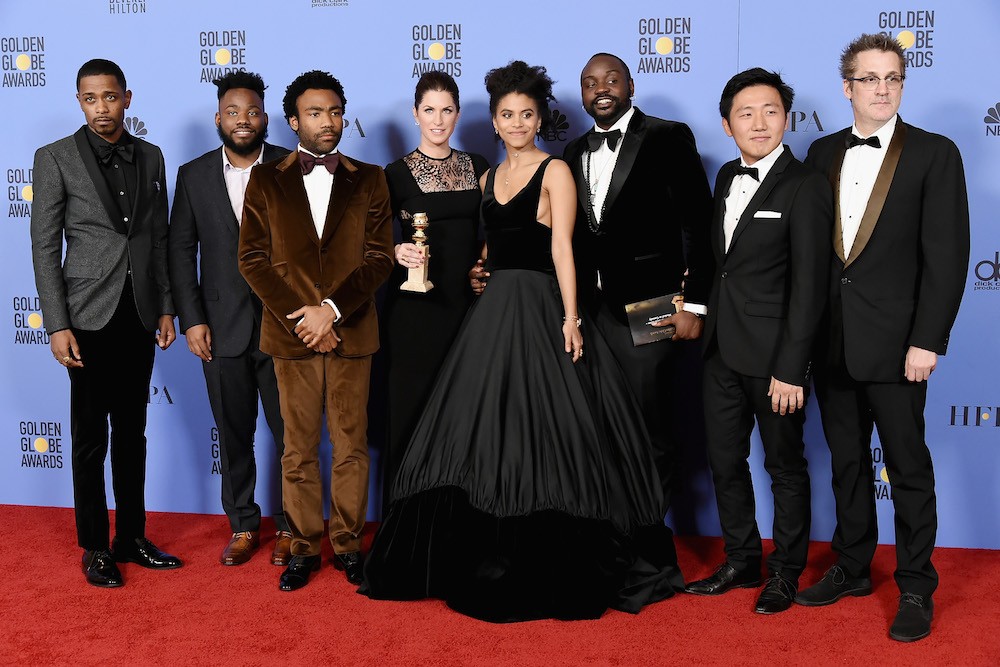 Last night, Atlanta took home Golden Globes for Best TV Series Comedy or Musical and Best Actor in a TV Comedy or Musical for Donald Glover’s performance. Migos had a moment, too. In his acceptance speech for Best TV Series, Glover went out of his way to shoutout the Atlanta trio for making “Bad and Boujee,” which could possibly become the country’s No. 1 song by the end of today.

“I really wanna thank the Migos, not for being in the show, but for making ‘Bad and Boujee,'” Glover said.  “That’s the best song ever.”

The press covering the Globes wasn’t as familiar with the charm of “Bad and Boujee.” Thus, Glover was forced to answer the question of why he shouted out Migos during the event’s press conference. He also had to correct an unfortunate but hilarious mispronunciation in the process: The interviewer “wanted to talk in particular why you decided to shout out My-Gos and particularly the song, ‘Bad and Boujee.'”

Pretty airtight argument from the Golden Globe winner. Watch the acceptance speech and the press conference exchange (at the 2:30 mark) below.