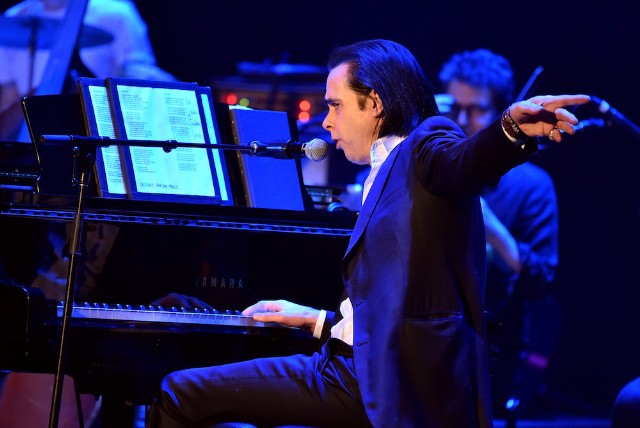 The film One More Time With Feeling, which documents the creation of Nick Cave & the Bad Seeds’ Skeleton Tree and Cave’s life after the death of his teenaged son Arthur, is coming to DVD and Blu-Ray on March 3.

One More Time With Feeling, directed by Andrew Dominik, is a lovely film. Filmed with both 3D and 2D cameras, presented in both black-and-white and color, it is immersive in a way that almost feels psychedelic. Its depictions of Cave’s relationship with his wife, the fashion designer Susie Cave, and his friendship with Warren Ellis, his chief musical collaborator, are moving and frank. The film was given an extremely limited release–it played in select theaters for one night in September, on the eve of Skeleton Tree’s release, and again last night. There are no other dates currently listed on Cave’s website, but a press release mentions “the opportunity to crowd-source additional screenings where possible.”

For fans who want the full theatrical experience, a 3D Blu-Ray version of One More Time With Feeling will be made available. Watch the video for “Magneto,” taken from the film, below.