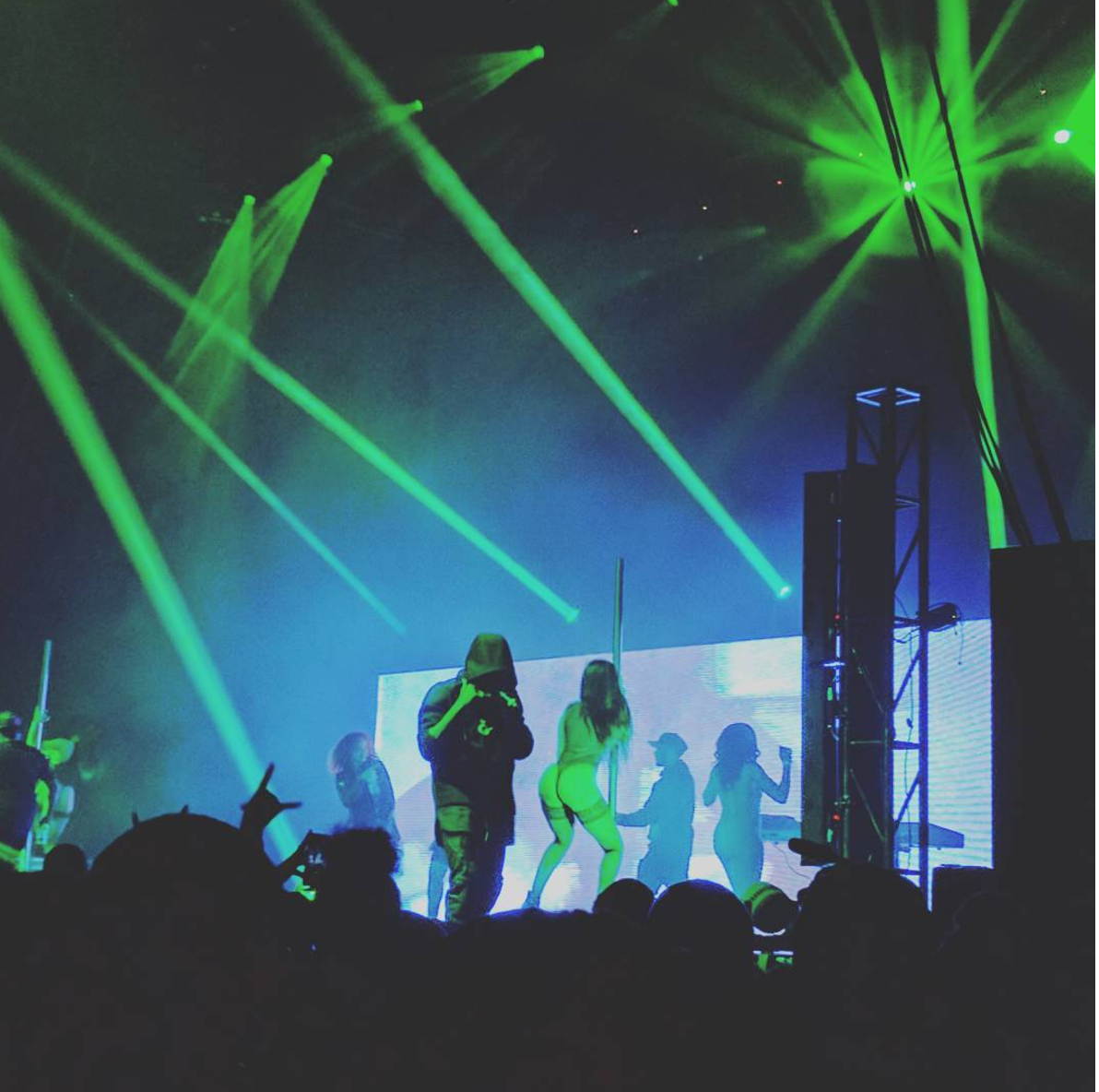 A truly bizarre rumor—one that feels totally improbable in the age of Twitter and Instagram—has come to light. Bossip and several other music and hip-hop blogs have noticed a curious trend on social media among attendees of last night’s Houston stop on Jeremih’s tour with PARTYNEXTDOOR: Many fans are claiming that the Chicago R&B singer sent out a lip-syncing surrogate to perform his set.

Fan videos show the image of a be-hatted, hoodie-clad man stalking about the shadowy stage looking like a Sith Lord, sometimes yelling to the crowd while the central vocal line he is supposed to be singing continues to play (see Exhibit A below).

Here’s some relevant Instagram footage of the possible Jeremih impostor:

Singer #jeremih sent a stunt double out to perform his show in Houston last night. The double performed the entire show in a hoodie. #summersovertour

What, you ask, might be the motivation for such a stunt? The motive might stem from an incident at PND and Jeremih’s show on Tuesday in Chicago, in which Jeremih threw his mic and walked offstage after three songs, apparently swearing at his hometown audience. By his own account, he seems to have been protesting the abbreviated set time he was allotted as the tour’s opener.

Truth is “they” didnt want me 2 perform tonight.. it sad people will take ur money and blatantly make it seem like I only want to do 2 songs

To explain the blow-up, Bossip’s report cites an anonymous source who claims friction on the tour has been building gradually, since Jeremih isn’t sure he, as an artist with Top 40 hits to his name, should be a mere opener for PARTYNEXTDOOR.

Who was that masked man, anyway? SPIN has reached out to Jeremih’s camp for comment. Until then, scour the videos and judge for yourselves.

@Jeremih well you didn’t even perform at the houston concert and disappointed all your fans who came to see you. you’re trash