Bono During His ‘Woman of the Year’ Acceptance Speech: “It’s Ridiculous for Me to Be Here” 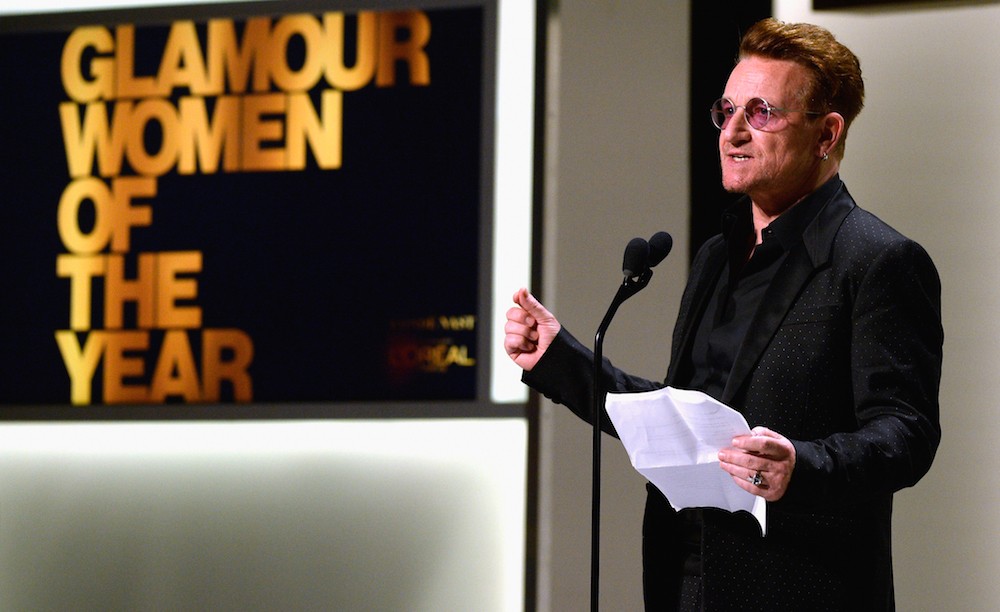 Last night, Bono, a man, accepted his Glamour Woman of the Year award for his work with his ONE charity. “I know how ridiculous it is for me to be up here on this stage accepting this award,” he said after an introduction by Amy Poehler. “And if I didn’t know it, I have the blessed internet to remind me.”

He went on to talk about the dangers and causes of sexism around the world. “There is nowhere on Earth where women have the same opportunities as men, and that unless we address this problem, both women and men together—our world will continue down this misogynistic, violent, and impoverished path,” he said. “Misogynistic violence and impoverished paths—sounds like 2016 to me. What a year.”

“Sexism is embarrassing in a rock’n’roll band,” he added. “But in some places it’s a killer.”

The U2 frontman also spoke at length about his ONE Foundation’s “Poverty Is Sexist” campaign, which works to help impoverished women around the world. “Poverty is worse for women and girls,” he said. “It denies them the essentials like human rights and health, but it also denies them a way out through education and opportunity.”

Bono ended the speech by encouraging everyone to engage in conversation with people with whom they disagree. “So, I say to the president-elect: Look across to women,” he said. “Make equality a priority. It is the only way forward. The train is leaving the station. Be on it or be under it.”