Bono, A Man, Is One of Glamour’s Women of the Year 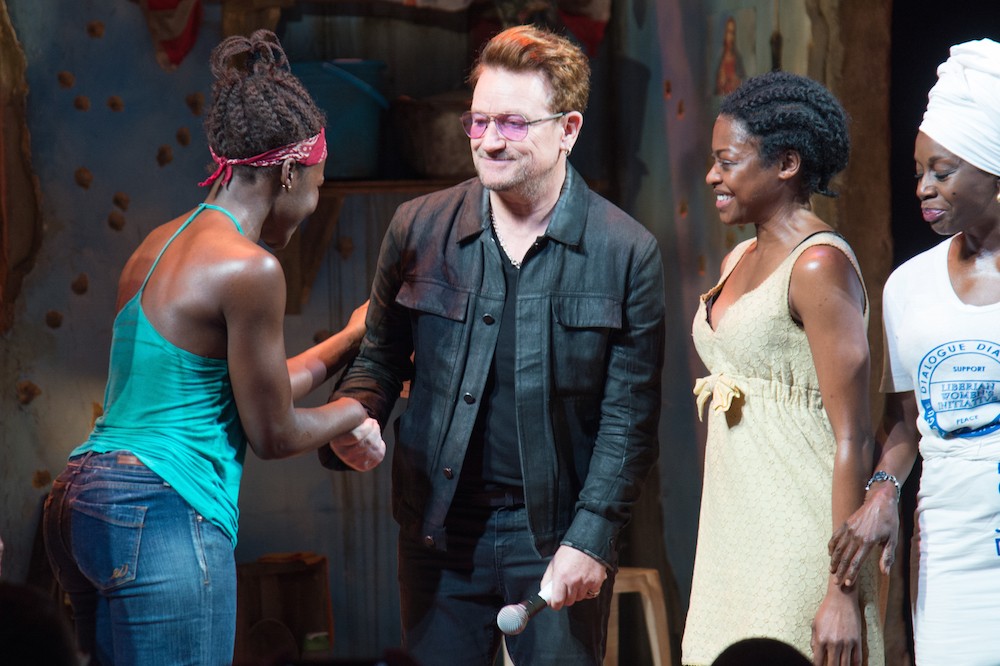 For the first time in its history, Glamour has selected a man as one of the magazine’s Women of the Year. That man is Bono.

The U2 frontman was named a Women of the Year alongside actual women like Simone Biles, Ashley Graham, Christine Lagarde, Nadia Murad, Gwen Stefani, Miuccia Prada, Zendaya, and the three founders of the Black Lives Matter movement.

So why was a man chosen this year? Glamour wrote in their announcement that “these days most women want men—no, need men—in our tribe.”

“When the president declared himself a feminist, when super-cool actors line up to endorse the United Nations’ #HeForShe campaign, when a major male rock star who could do anything at all with his life decides to focus on the rights of women and girls worldwide—well, all that’s worth celebrating.”

Cindi Leive, Glamour’s editor-in-chief, told the Associated Press that the magazine has been considering adding a man to its list of notable women for years. “You know, men get a lot of awards and aren’t exactly hurting in the celebration and honors department,” she said. “But it started to seem that that might be an outdated way of looking at things, and there are so many men who really are doing wonderful things for women these days. Some men get it and Bono is one of those guys.”

The singer was picked for the honor in large part because of his charity ONE, which recently launched a campaign called “Poverty Is Sexist” in an attempt to help impoverished women around the world.

Bono, for his part, at least recognizes that men are to blame for the social ills his campaign is trying to fix. “The battle for gender equality can’t be won unless men lead it along with women,” he told Glamour. “We’re largely responsible for the problem, so we have to be involved in the solutions.”