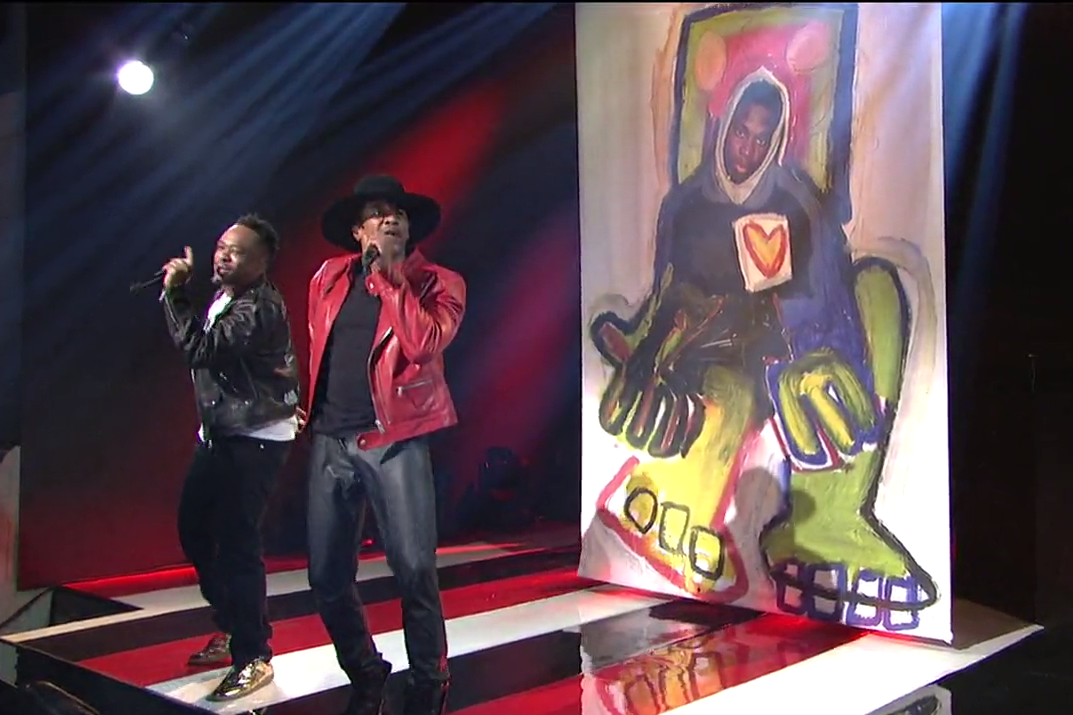 “America’s done it, we’ve actually elected an internet troll as our president,” host Dave Chappelle joked during his opening monologue on last night’s Saturday Night Live, the first broadcast since the election of Donald Trump. “I haven’t seen white people this mad since the O.J. verdict. … I watched a white riot in Portland, Oregon on television the other night.”

Chappelle was joined by musical guests A Tribe Called Quest, who performed two songs from their newly released album We’ve Got it from Here, Thank You 4 Your service: “We the People” and “The Space Program.” A memorial banner featuring Phife Dawg’s face unfurled during his verse on “We the People.” During “The Space Program,” guest stars Busta Rhymes and Consequence stepped up from the audience.