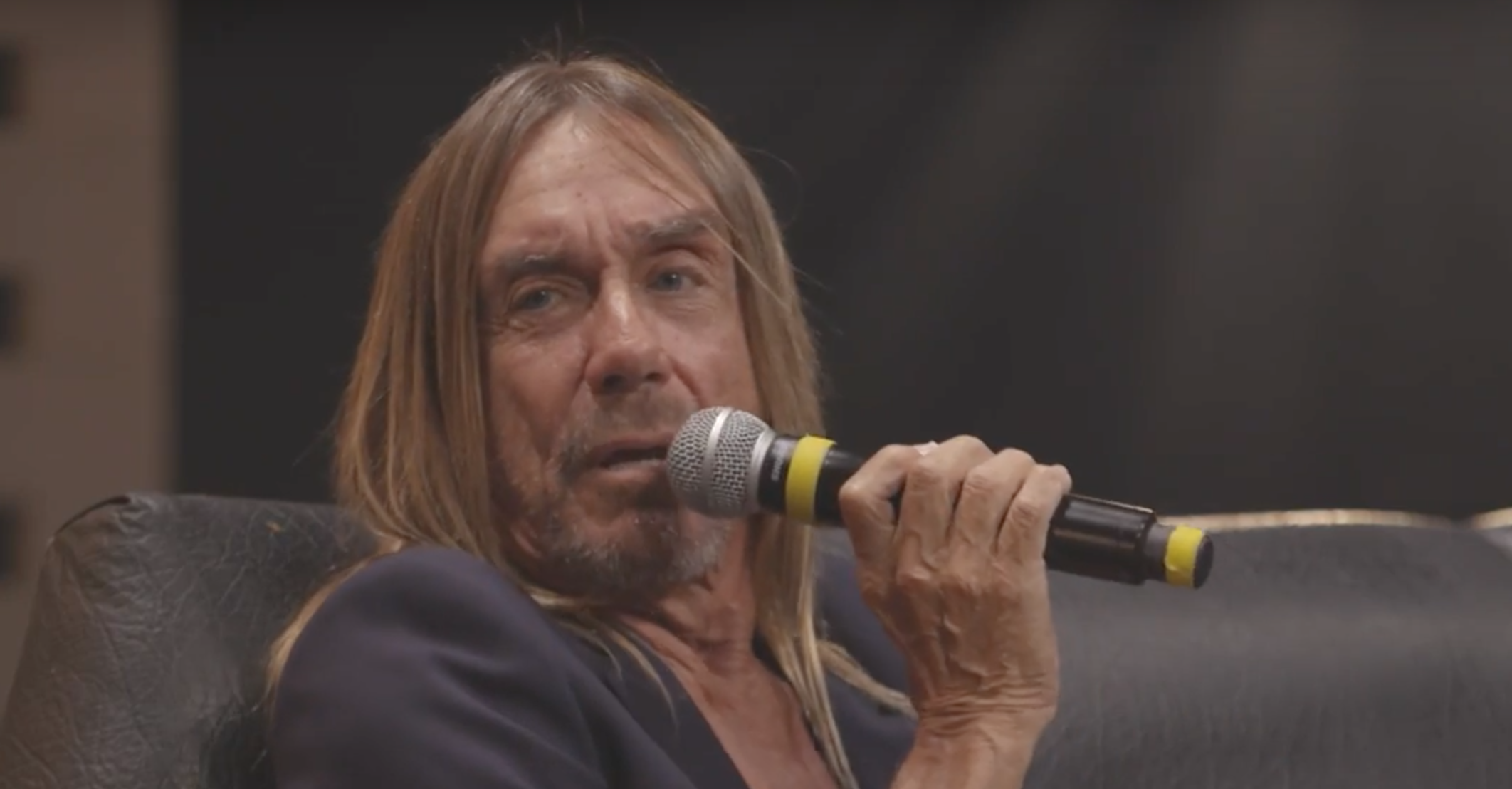 As a part of the Red Bull Music Academy’s series of talks and events in Montreal until the end of October, organizers recently nabbed Iggy Pop for an extensive 90-minute interview. The punk pioneer chronicled his career from the time he grew up in Ann Arbor and discovered his passion for music (“From age fifteen on, I became an informal student of music, the way you do when you find anything you love—if you love ants or fashion, anything—and I obsessed on all different forms of it”) to his time recording with the Stooges, and after. He also discussed his views on the changing music industry, comparing today’s landscape to that of the early ’60s (“Even then it was more about the single and an album would just be like, ‘Well, we put the single on it and then 10 crappy songs and people will buy it!'”).

Part of the conversation was also spent talking about Iggy’s preference not to wear a shirt. “When I dropped out of college to start the band, I kept my library card,” the 69-year-old said. “I’ve always had a student mentality, so I would go to the library, and take books. Cult books about culture and religion, and think about how I could apply those, and I kept seeing these pictures of the Pharaoh. He never wore a shirt. So I thought, ‘That just looks about right,’ you know? I don’t know why. I feel lost in a shirt. I just get lost.”

Iggy Pop also spoke about his most recent release, Post Pop Depression, and the current state of his career (“I’m not the man with everything. I’ve done well for myself and for others, but I’m not the King Cheese.”) Watch the entire conversation below, and look out for Gimme Danger, director Jim Jarmusch’s upcoming documentary about the Stooges, which hits theaters on October 28.