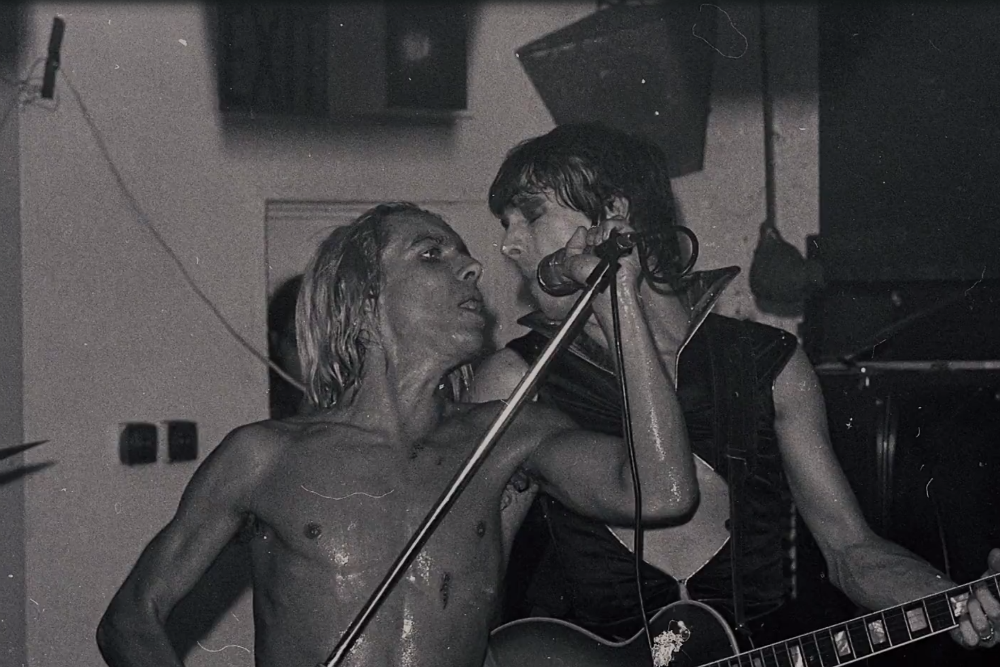 Eminently cool director Jim Jarmusch is releasing two films this fall: the Adam Driver-featuring Paterson and Gimme Danger, a documentary on the Stooges. We’re definitely here for the latter, and, thankfully, a trailer for the doc just dropped via Yahoo! Movies.

The two-and-a-half-minute preview features a ton of footage of Iggy and the Stooges in their wild, sweat-streaked prime. Interspersed throughout the trailer are snippets of talking-head segments with Iggy Pop and guitarist James Williamson, among others. Jarmusch makes it clear he’s a devoted fan within the opening seconds, calling the proto-punk legends “the greatest rock‘n’roll band ever.”

Watch the preview below. Gimme Danger, named after a classic cut from the Stooges’ essential 1973 document Raw Power, is scheduled to drop October 28 via Amazon Studios.