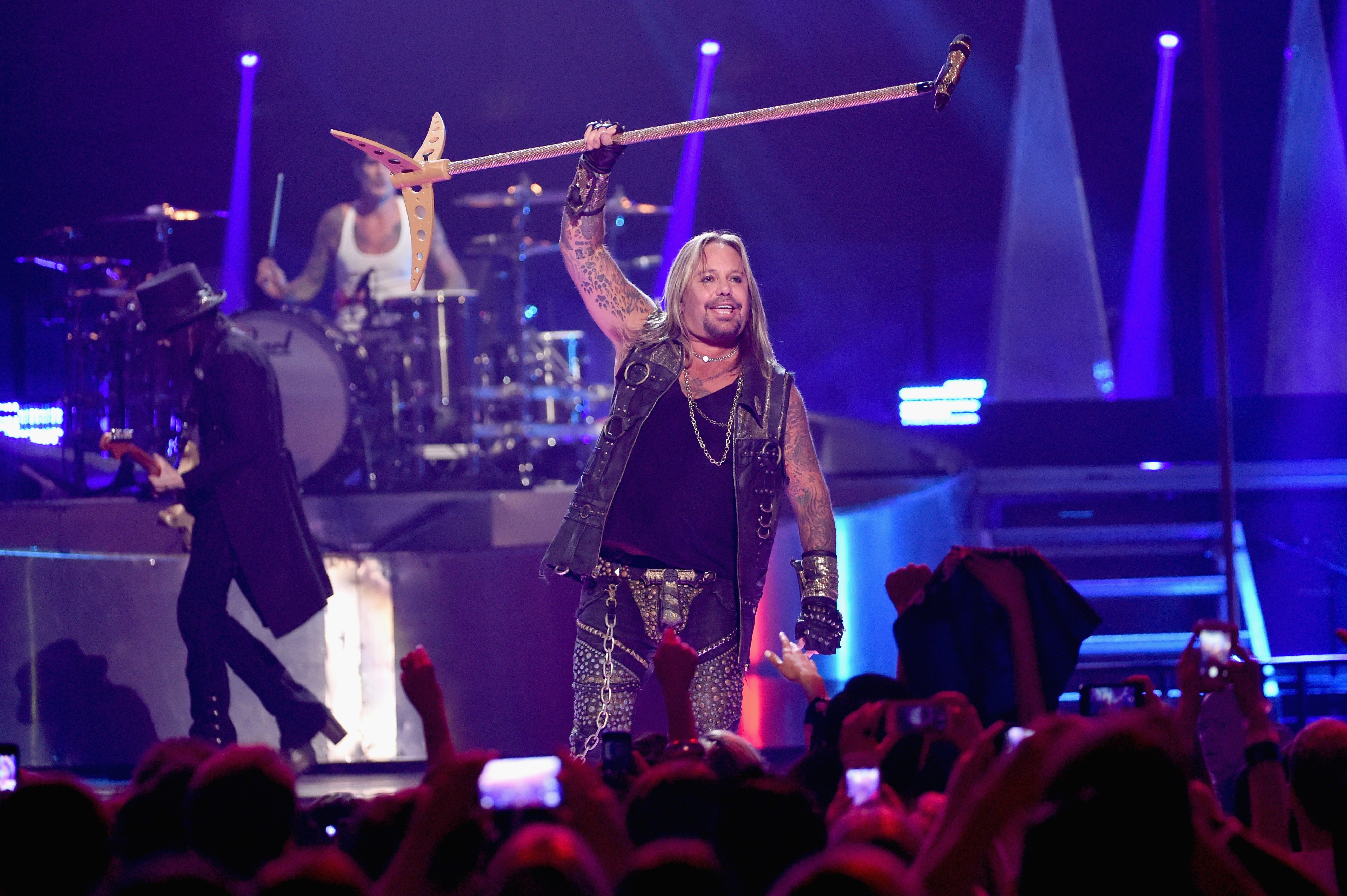 Vince Neil, Mötley Crüe lead singer and erstwhile industrial musician, has had a long history of legal trouble over the past fifteen years, mostly focusing on various assault charges and DUIs. Neil’s most recent incident came in April when he was arrested after allegedly dragging a fan, Kelly Guerrero, by her hair after she asked for… Nicolas Cage’s autograph. (Neil and Cage had been hanging out at the time.) Her 14-year-old son, and possibly Carrot Top (?), were nearby.

What happens in Vegas sometimes ends up in the courtroom, and the former hair-metal heartthrob didn’t make things any easier on himself by getting into a heated physical altercation with Cage which was posted on TMZ. (It is worth watching for the Cage element.)

Initially, the Las Vegas Sun reported that Neil entered a not-guilty plea for misdemeanor battery, for which he could have faced six months in prison. However, Rolling Stone and TMZ reported today that Neil plead guilty today and struck a deal. He has been sentenced to 6 months probation and a $1,000 fine—pretty meager stuff. However, a separate lawsuit by Guerrero against Neil—which has been rumored to be between $75,000 and $150,000—is still pending.

Despite a deluge of rumors, it remains unclear if Neil attended the presidential debate in support of Donald “No one has more respect for women than me” Trump last night.