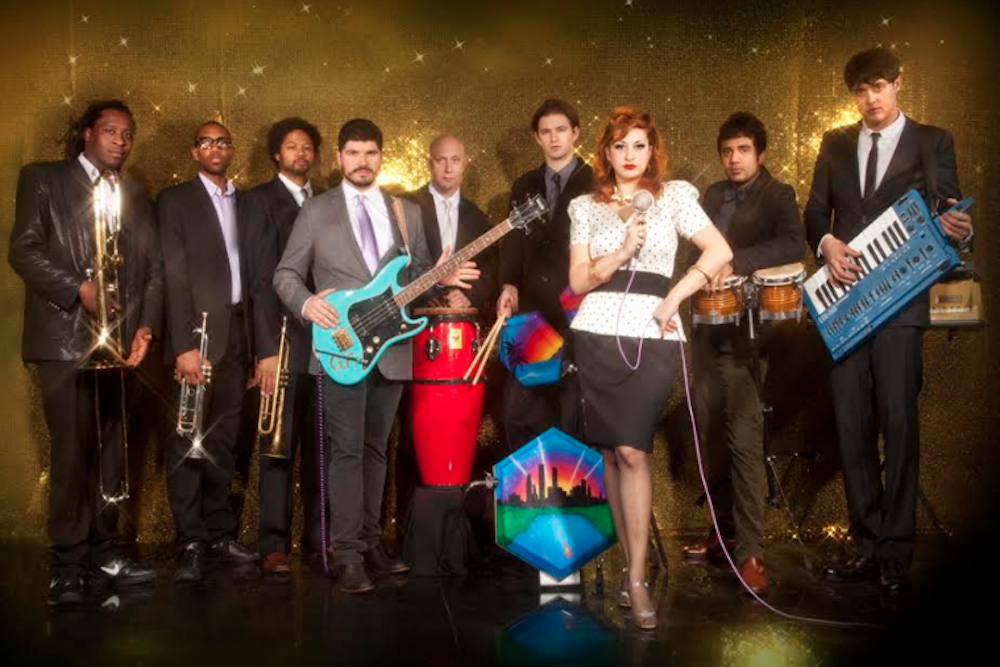 Brooklyn’s Midnight Magic are a nine-piece band making dance music aimed straight at clubgoers–a rarity in an era when the phrase “dance music” conjures up either the image of EDM festival headliners in goofy masks or bass experimentalists tinkering alone behind their laptops. As you might expect, they make music that recreates the communal, joyous feeling of classic disco.

Several Midnight Magic members are DFA veterans, and you can hear the label’s signature crisp live percussion sounds on “I Gotta Feeling,” their new single. They have much more in common with the open-armed dancefloor optimism of Hercules and Love Affair–a band which Midnight Magic keyboardist Morgan Wiley and bassist Andrew Raposo were once a part of–than they do LCD Soundsystem’s punkish, ironic distance. But “I Gotta Feeling,” with its multitracked lead vocal from Tiffany Roth, and luscious, lightly dubby horn parts, makes even Hercules sound austere by comparison.