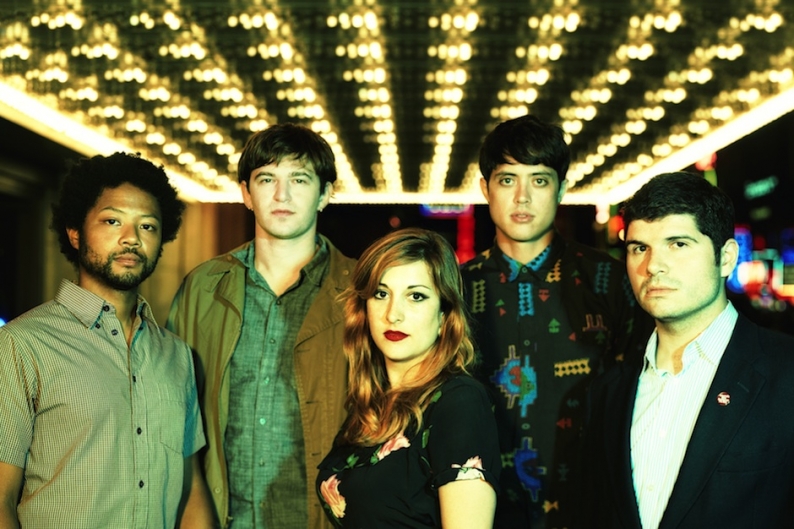 New York’s Midnight Magic made their debut in 2010 with “Beam Me Up” (Permanent Vacation), a buoyant, joyful indie-disco number that still hasn’t worn out its welcome on dance floors, thanks to the dizzying interplay between octave-jumping bass, judicious horn charts, and Tiffany Roth’s unstoppable vocal presence. On “Diamonds,” off the band’s forthcoming debut album, Walking the Midnight Streets, it sounds like they’re still soaring through the upper atmosphere. Untethered from disco’s four-to-the-floor pulse, the nine-piece New York group of DFA alumnae rides aloft a breezy synthesizer melody and swirls of dub delay; Roth can still belt it out, but there’s a newfound softness to her melismatic attack that fleetingly recalls Children of God-era Jarboe. Despite the down-to-earth title of the album, the message of “Diamonds” is clear: Ladies and gentleman, we are floating in space.

Listen to “Diamonds” here now, and watch for Walking the Midnight Streets on November 13 from the band’s own Midnight Sun Sound.