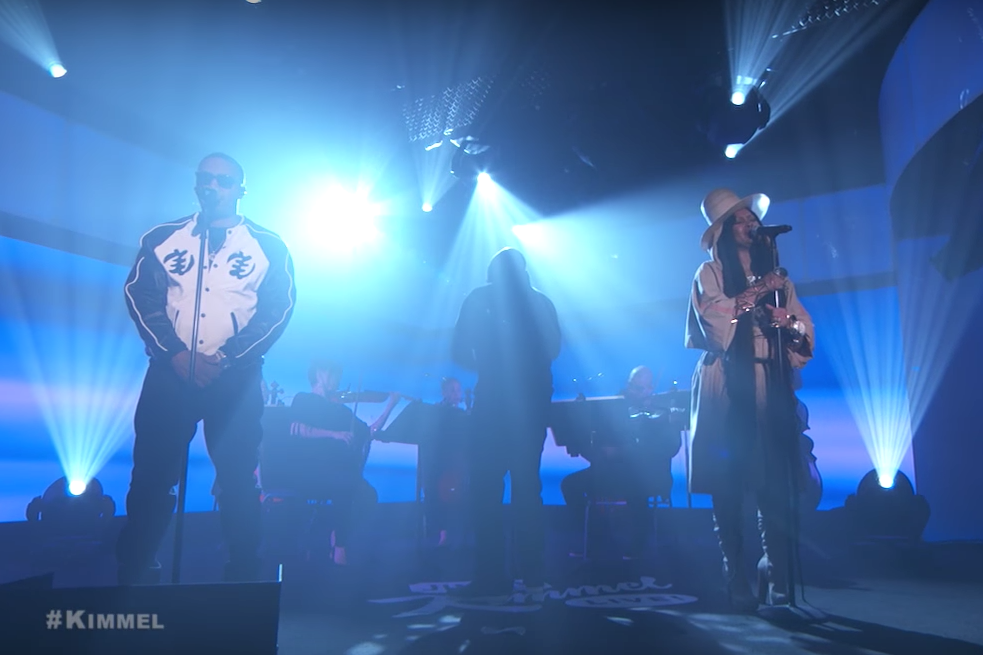 Nas and Erykah Badu appeared on Jimmy Kimmel Live! last night to perform “This Bitter Land,” their haunting soundtrack contribution to The Land, a recent film executive produced by Nas that also features Badu onscreen. Backed by a string section, the duet held the audience in rapt silence.

Elsewhere in the show, Nas talked to Jimmy Kimmel about why the followup to his 2012 album Life Is Good has taken so long to appear. “I gotta experience things. Sometimes music can shift society,” Nas said. “I gotta feel it.” Watch the performance and a clip from Nas’s interview with Kimmel below.