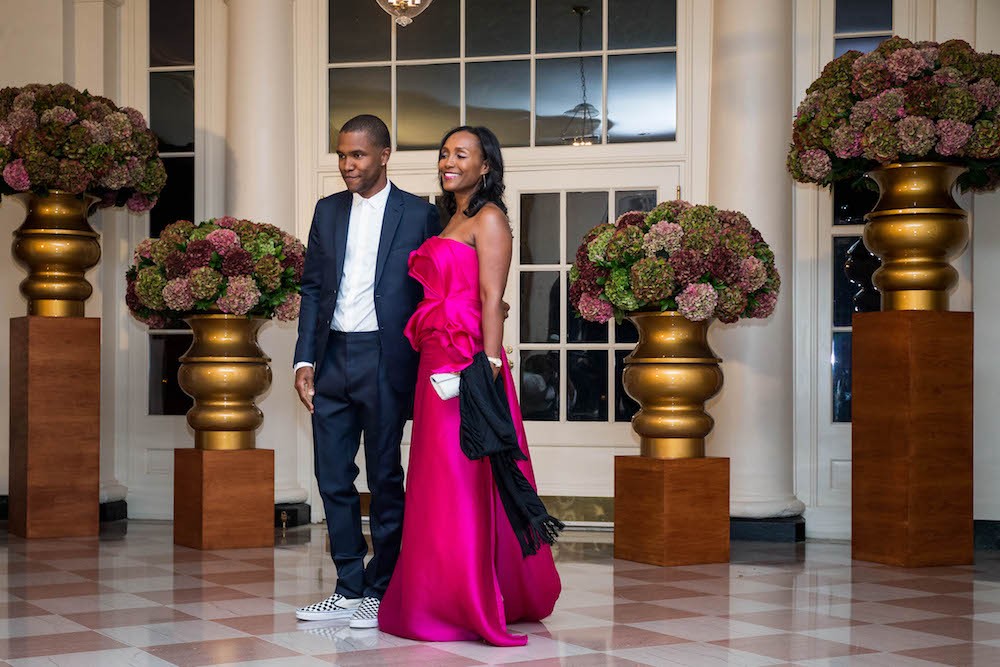 Frank Ocean is one of those let-the-music-speaks-for-itself types, which is why he hasn’t given any interviews to promote his new album, Blonde. Back in September, Zane Lowe said he flew to Tokyo to interview Ocean, but there’s no word on when that’s coming out.

Last night, his quiet streak ended when he came to White House State Dinner with his mom, Katonya Breaux. Observant eyes noticed that he was wearing checkered Vans instead of dress shoes. A reporter at the scene called him up to ask him about his shoe choice.

So, our first Blonde-era Frank Ocean interview (his first in almost three years, according to Team Frank Daily) is about the State Dinner—and Vans.

Reporter: Have you ever been to a State Dinner?

Ocean: First time doing it. Probably because this is my first time here.

Reporter: What was the choice behind the… what was the reasoning behind the Vans? Wanted to make a statement and be casual?

Ocean: You can’t think. You just have to do things.

Reporter: So what are you most looking forward to tonight?

Ocean: Um, asking Obama if he had fun these last eight years. Just congratulating him also.

Reporter: Did you ever see yourself at the State Dinner?

Ocean. Um, no. I didn’t. I think that explains the Vans.

Reporter: A lot of musicians are putting their support behind Hillary Clinton, doing concerts. Do see yourself doing that?

Ocean: Maybe. I don’t know. We’re running out of time I think. I might have to catch you in four years.

Frank Ocean, ladies and gentlemen. Watch the interview below.