Donald Trump Might Be the Least Funny Person Alive 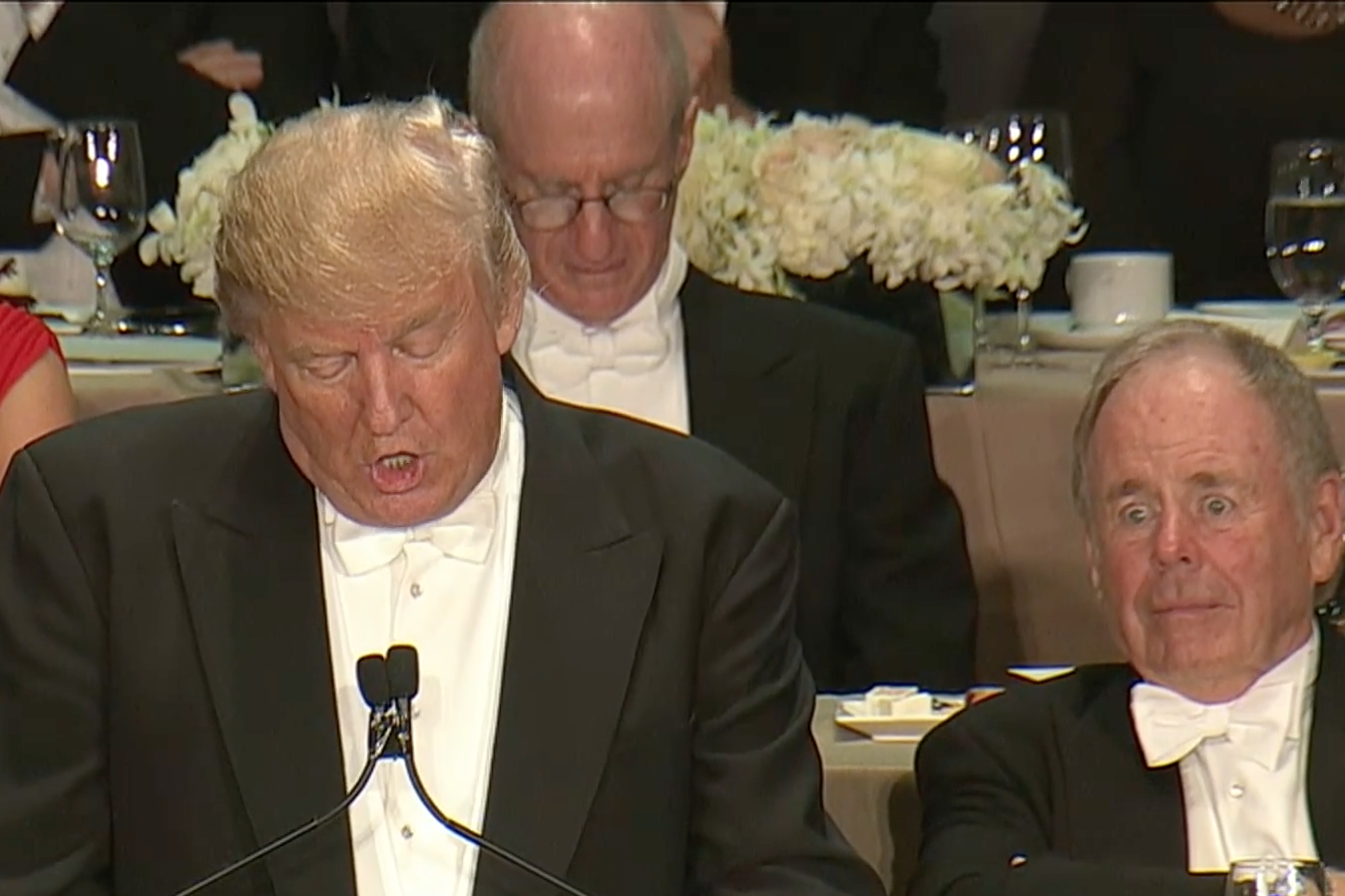 At the end of a bitter and fraught presidential debate on Wednesday, it was hard to imagine Donald Trump and Hillary Clinton sitting down to enjoy dinner and a mutual comedy roast. And yet! Thursday night at New York City’s Waldorf Astoria Hotel, both Trump and Clinton attended the Al Smith Dinner, the annual Catholic charity formal where presidential candidates traditionally ease off the vitriol and share a collegial laugh at themselves.

But if there’s one thing we learned this year, it’s that Trump is pathologically incapable of laughing at himself. He spoke first at the dinner, and while he started adequately enough, his most quotable lines were delivered with a woodenness that made it hard to ascertain whether he understood he was supposed to be funny. He honestly sounded like he was reading his lines for the first time, and spent large parts of the speech staring at his notes. Some read more like insults: “You know, last night I called Hillary a nasty woman, but this stuff is all relative,” he said. “After listening to Hillary rattle on and on and on, I don’t think so badly of Rosie O’Donnell anymore.”

“Hillary is so corrupt, she got kicked off the Watergate commission,” Trump said later, mirroring his frequent campaign strategy of repeating things long since debunked. The audience of clergy and rich people booed at him, but Trump doubled down anyway. He asked whether they were booing him or Hillary, and the vociferous response made it clear.

At other points, Trump accused Clinton of hating Catholics, teased his own wife Melania for her plagiarized convention speech, and attempted to take a dig at the Clinton Foundation by mocking hurricane-ravaged Haiti. Watch a two-minute highlight reel of Trump bombing below, and note the bewildered guest on the right making all sorts of horrified faces. Scroll down for full video of his remarks, and watch Clinton deliver her remarks here [Washington Post].

Here’s video of Trump getting booed down during his set at the Al Smith Dinner pic.twitter.com/025zgItcfy