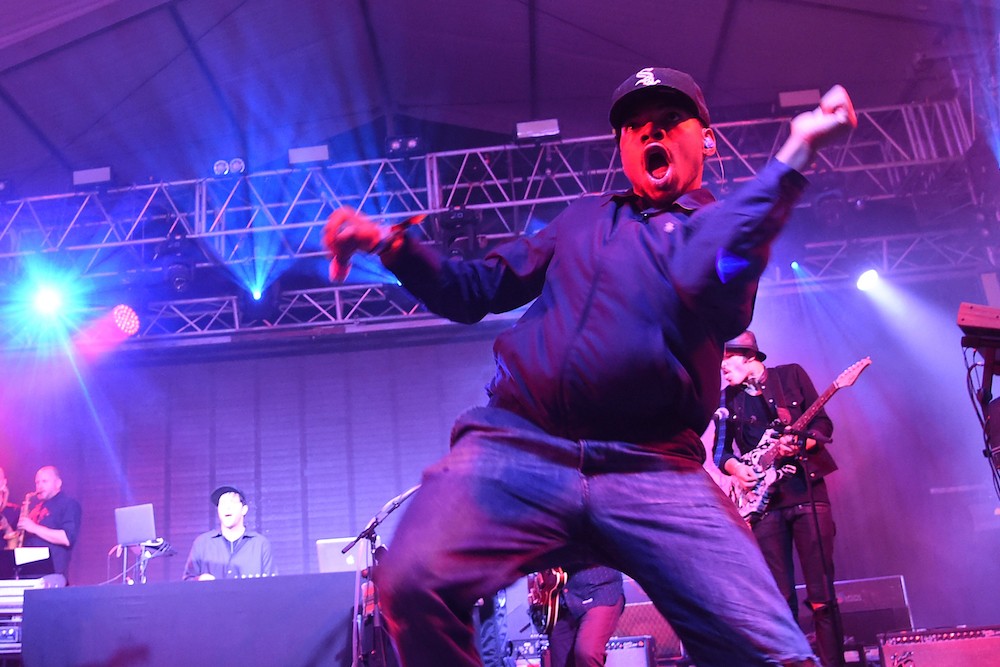 Chance the Rapper will wear a lion costume in a Kit-Kat commercial and cavort on a daytime talk show. He’ll also tackle the shit out of you. During last night’s Miami stop of his Magnificent Coloring World Tour, a fan decided to rush the stage to hug Chance from behind.

But Chance is as quick physically as he is verbally. As the fan approaches, Chance pivots and tosses the dude to the floor within seconds. Upon realizing what they were getting paid for, the security tardily decided to intervene.

Watch Chance the Rapper grappling moves, via Pigeons & Planes, below.