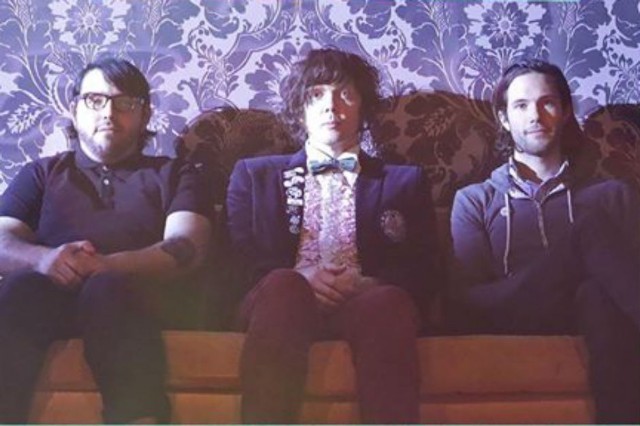 Update:  Gallego tells Pitchfork in a statement that the accusations are “inaccurate.” He also lent his support to sexual assault survivors and shared benign parting words for his former bandmates: “James [Alex] and Ed [McNulty] are the sweetest most caring people I’ve ever known and I feel they did the right thing and I will always support them.” Read the statement in full below.

I’d like to say that what’s important to me is that people stand with survivors and that we continue to foster an environment where people aren’t afraid to speak out against their abusers.

Although I do feel like what’s being said about me is inaccurate it’s irrelevant. I think it’s totally possible for people to see a situation completely differently and if this person feels I harmed them then that’s what I care about and I want to make that right.

I also care deeply about how this affects other victims of sexual assault specifically the ones who attend Beach Slang shows and felt that sticking around would further isolate them.

James [Alex] and Ed [McNulty] are the sweetest most caring people I’ve ever known and I feel they did the right thing and I will always support them.

Beach Slang have kicked guitarist Ruben Gallego out of the band after learning of sexual assault allegations against him. According to a Facebook post announcing the news, the incident happened four years ago, before he was a member of the group, but the band believes that they “cannot in good conscience continue with him.” The announcement came with a link to anti-sexual assault organization RAINN.

“We believe survivors and we want to believe Ruben, but until we learn more information, we don’t feel it’s appropriate for him to be a part of Beach Slang,” the statement says.

The news comes not long after the release of their second LP, A Loud Bash of Feelings, and just before their tour, which begins tonight. The Facebook announcement says Beach Slang will tour as “Quiet Slang,” which is just lead singer James Alex on acoustic guitar.

Beach Slang has had a tough time holding it together this year. The group appeared to break up onstage during a troubled set back in April. Alex confirmed Beach Slang was still a group in a consequent Facebook post, but drummer JP Flexner left the band in July without much of an explanation.

Read this latest Facebook statement from the now-duo below.