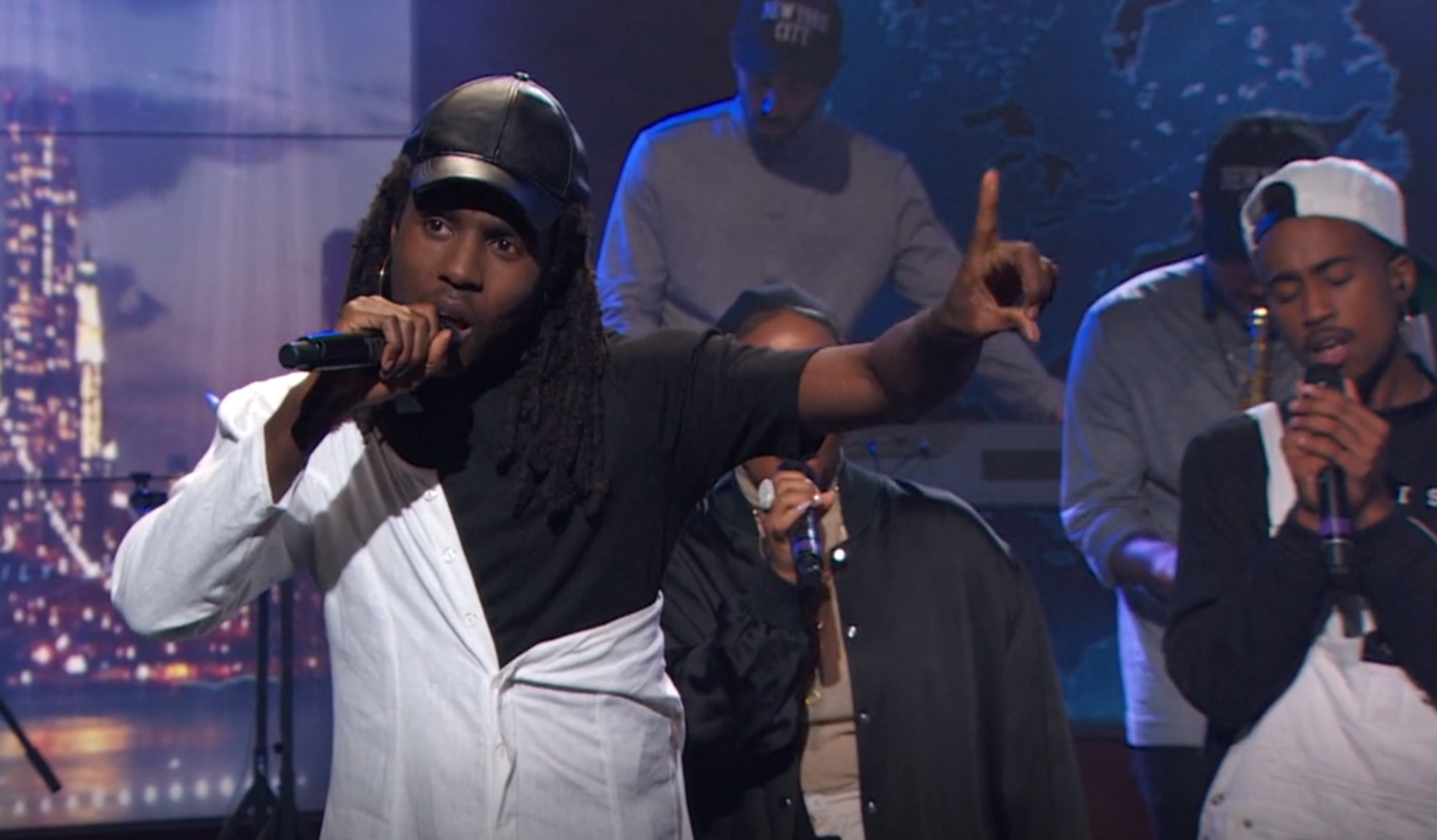 Last night Dev Hynes appeared on The Daily Show for a performance of his recent Blood Orange Freetown Sound track “Juicy 1-4.” Hynes gave a pristine performance, effortlessly grooving across the stage in what looks like an eclectic choral gown.

Hynes also appeared in a web-exclusive clip for the show, featuring a second performance of “Love Ya” and showing Hynes in conversation with Daily Show host Trevor Noah about Hynes’ songwriting process.

Watch the clips below. Freetown Sound is out now on Domino Recording Company.