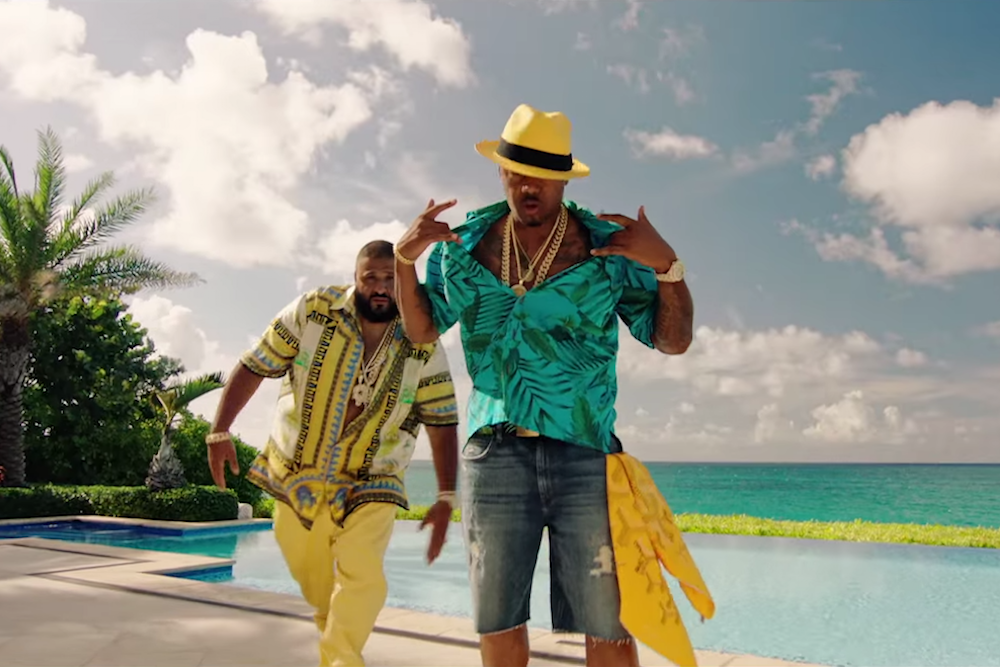 Nas has been too busy hanging out with DJ Khaled and co-signing Baz Luhrmann-helmed Netflix shows to actually release his 12th studio album — which is done, according to the Queens legend. But be happy that the Life Is Good MC is really enjoying life. DJ Khaled invited Nas over to the Bahamas to enjoy success, cigars, a carnival, and fedoras, all for the sake of the video for the track “Nas Album Done,” from Khaled’s recently released Major Key LP.

The Eif Rivera-directed video notably reunites Belly co-stars Nas and dancehall legend Louie Rankin. Unfortunately, we get more Khaledian mantras and patois instead of another Hype Williams-constructed opening. Fortunately, Nas raps instead of trying to act.

Altogether, the entire clip is nine minutes long and, despite being called “Nas Album Done,” Nas doesn’t actually appear until the 2:30 mark. Plenty of brand endorsements are there, too. Watch it all unfold below. Buy Ciroc.