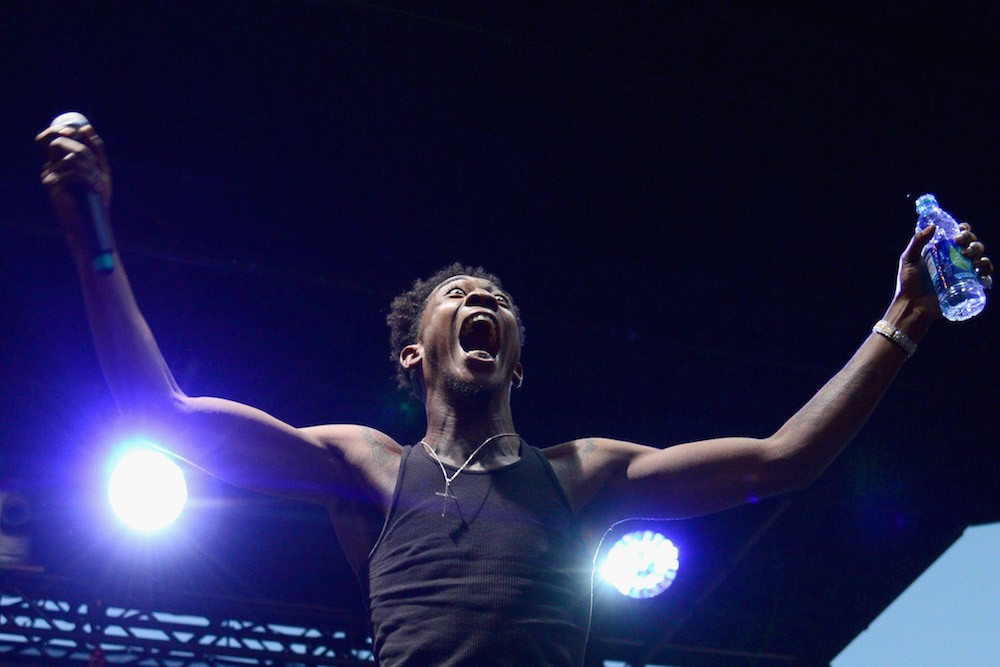 G.O.O.D. Music week in New York ends on a sour note after Kanye West’s Madison Square Garden performances, the Yeezy Season 4 premiere, and a pop-up show thrown by the label. TMZ reports that Desiigner was arrested along with four others following a road rage incident in New York on Thursday night.

According to their report, police say that people in a SUV that Desiigner was in got into a screaming match with the driver of another vehicle. The driver claims that Desiigner pointed a gun at him, prompting him to call 911 and take down the SUV’s license plate number.

Law enforcement found a “large quantity” of loose pills, Oxycontin, and other drugs when they searched the SUV. Desiigner and his four passengers were consequently arrested for criminal possession of a controlled substance and possession of drugs with intent to sell—both are felony charges. We have reached out to Desiigner’s reps for comment and will update this post as the story develops.