Well, the Yeezy Season 4 Show Was a Total Disaster 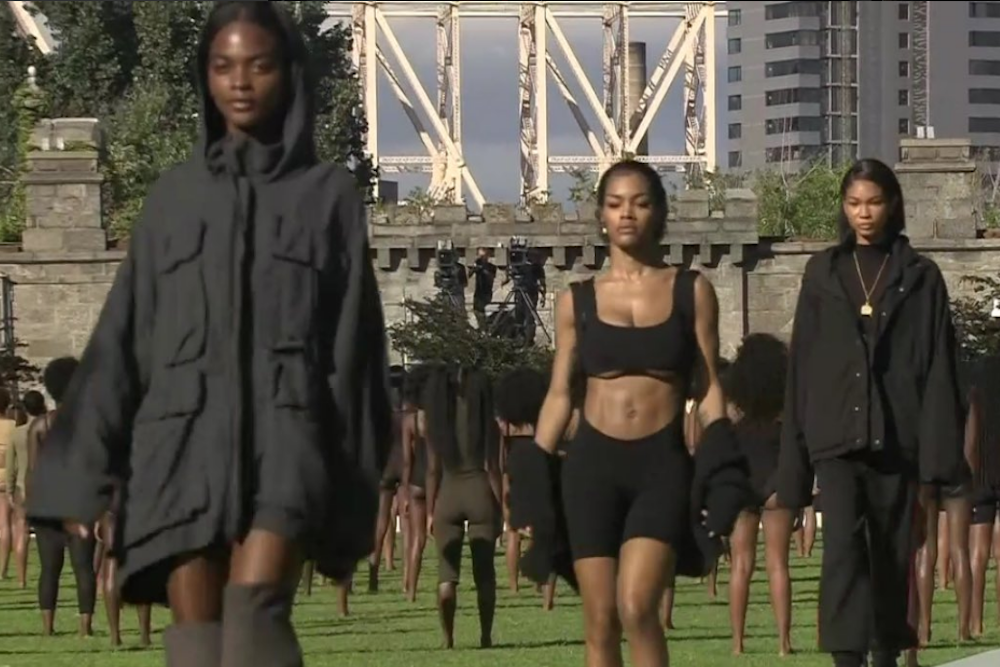 For his Yeezy Season 4 show, Kanye West couldn’t bring his flying stage to Roosevelt Island nor could he borrow Madison Square Garden’s air conditioning to combat New York City’s heat. The “multiracial models” had nothing to steel themselves with aside from Yeezy apparel. As a result, we got an event that could be described as tragicomic at best.

One model apparently fainted because of the 85-degree heat, and multiple others took a seat on the Franklin D. Roosevelt Four Freedoms Park lawn out of exhaustion. So instead of watching the showcase of post-apocalyptic chic, eyes were focused on assistants passing out water bottles to the fallen models.

UPDATE: Models handed water bottles after a few passed out in the heat. #YeezySeason4 https://t.co/ZLzzMhRrRe pic.twitter.com/hhX9EBcjMg

Heels had a rough day, too. One woman had to tough it out on the runway when one of her shoes broke.

Model Amina Blue outright said fuck the culture and kicked off her heels as she walked.

It wasn’t a good time, and the scene of one woman walking with some needed assistance sums up the afternoon at Roosevelt.

Homegirl couldn’t do it anymore. DOGS WERE BARKIN #YeezySeason4 pic.twitter.com/OZXLvhT9I0