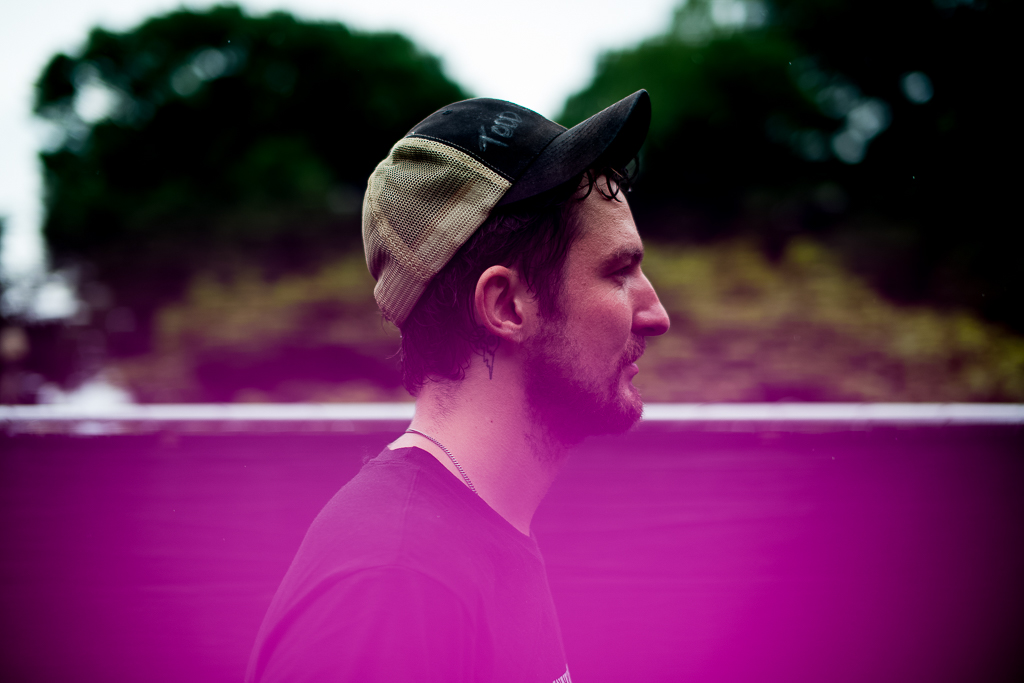 Like a gut punch of raw honesty, UK folk singer/songwriter Frank Turner brought a fiery set to the SPIN stage at Lollapalooza’s Toyota Music Den tent. Rabid fans squeezed in tight against the stage, ready for Turner to spin his barroom yarns of drinkers, dreamers and rabble-rousers. Firmly rooted in the tradition of self-proclaimed Frank Turner heroes Billy Bragg and Nick Cave, Turner rallies against the dying of the light until last call. HIs mid-afternoon set was a sweaty, joyous affair, performed with the gusto of a man in a pre-dawn brawl, belting out the refrains to “Mittens” and “Love Forty Down” with the passion and immediacy of a young Joe Strummer. We caught up with Turner immediately following his set, where he discussed his craft, influences and what drew him to punk rock as a kid. Watch the candid interview below.